Home>disease>Diseases of the female genital organs

Diseases of the female genital organs

disease
by admin
Female body is able to hide a multitude of diseases. Each of these specific symptoms manifested. Today we talk about them. 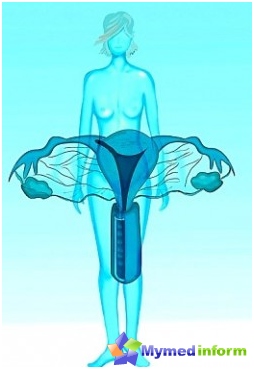 Female reproductive system consists of the external and internal genital organs. To the outside include:

The internal sex organs are:

All women's disease are divided into several groups:

This is not all diseases that canshow up in the female body, and each of them manifest certain symptoms. But many disease usually begin with the same characters.

The reasons for women's diseases 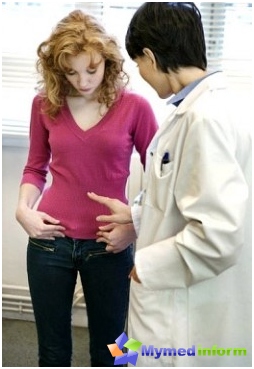 Usually a woman has the ability to feel whenin her body that something is wrong. Sometimes it helps all the usual female intuition, and sometimes quite meager health. But there are times when a woman is not closely related to the state of his body, or simply considers this or that phenomenon norm. But there are certain symptoms of diseases affecting women, when they appear, it is not necessary to delay the visit to the doctor. These symptoms primarily include the following:

Sometimes about the presence of a female diseaseevidence of diseases of organs that come into contact with the genital (e.g., bladder, rectum). All diseases can be either acute or chronic. It depends on the cause and duration of the disease. The longer the disease “lived and grew” in the female body, the harder the consequences and more difficult the treatment, the delay of which can lead to cancer and, as a result, sudden death.

But it is important to know that there are overasymptomatic diseases of female genital mutilation, which also includes the tumor and sexually transmitted infections. In this case, the patient will not have any bleeding associated back pain and abdominal pain, menstrual disorders, and other symptoms. Therefore, every woman should at least once every six months to visit a gynecologist for routine inspection to prevent. Even better, when to inspect the chair will be added to the urine samples, blood, smears on the flora and cytology. This survey, together with analyzes make it possible to detect the presence of hidden diseases that are without symptoms. 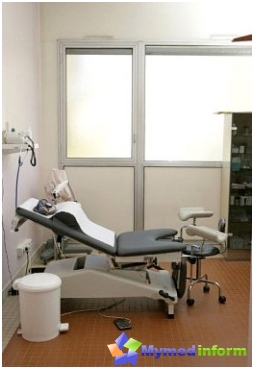 Today there are many differentdiagnostic methods through which you can promptly identify a particular disease. Modern clinics widely use ultrasound, laboratory tests, laparoscopic and endoscopic procedures. It is worth remembering that the health of women is the key to a happy mother and her general state of health. A happy woman - a happy happy family.

It is therefore necessary to carry out in advancefamily planning and has an important role protecting against unwanted or early pregnancy. Acceptance of modern contraceptives help preserve the health of the genital organs, which can be damaged during cleaning or abortion. Thanks to modern technology, every woman has the opportunity to be tested time and to begin timely and adequate treatment in the early stages of the disease.

Under no circumstances can genital treatmentcarry out independently, without consulting a specialist. In addition, not one sexual partner should be treated, but both at once. During the treatment period, you should not resort to sexual relations, because all efforts and expenses will go down the drain. Also, in the treatment of diseases of this type, it is necessary to perform special hygienic procedures and treat concomitant inflammatory diseases of the genital organs. Modern pharmaceuticals calculates a huge number of drugs with which you can get rid of any sexual disease. Some of these drugs are stronger, others weaker. The amount, duration and dosage in the application depends on the complexity and stage of the disease. Usually, doctors prescribe pills, antiseptic solutions, and topical suppositories to treat genital diseases. But in more advanced and serious cases, they resort to the appointment of fairly strong antibiotics in injections. The most common drugs for treating the genital organs of women are prescribed Klion-D tablets, chlorhexidine and trichomonacid solutions, antibiotics of the penicillin, cephalosporin, aminoglycoside, trobicin, macrolide, quinolone groups in combination with metronidazole or tiberal. For the purpose of detoxification, hemodesum or reopoliglukin are administered intravenously. Also in the treatment of such drugs include the intake of vitamins B and C and anti-candidiasis and desensitizing agents.

It is possible the use of immunostimulatorydrugs, interferon inducers, biogenic stimulators, antifungal antibiotics, tetracyclines, quinolones, enzymatic, or other vasoactive drugs.

But again we will remind of safetyhealth. The disease can appear or manifest itself at any time, even the most unexpected for a woman. One of these moments can become a pregnancy in which the reception of many drugs is contraindicated. So if in the nearest future there is the conception of the child, should be carefully examined for both partners. Because it is possible to carry out the necessary treatment that is capable of harm during pregnancy as a fetal life and health of the mother in the presence of infection. 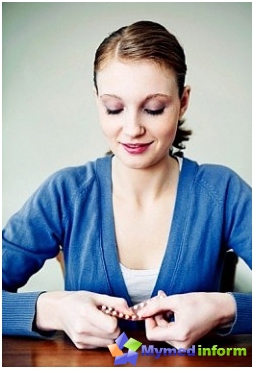 To prevent genital diseasesIt must be very careful about their health and visit a gynecologist in a timely manner. It recommended every planned inspection to do colposcopy, when the uterus specialist examines under a microscope. Also, in order to prevent strokes should take on onkotsitologicheskoe study. All this makes it possible to diagnose erosion, ectopia, polyps, leukoplakia, dysplasia, cervical cysts and other diseases in the early stages, with the result that there are more opportunities for the proper and timely treatment by radio waves. This method allows you to remove the patient of cervical site quickly and painlessly for subsequent histological examination.

Also, prevention of sexual diseasespromote normal sexual relations, promote blood circulation in the uterus and appendages, improve lymph drainage with the products of cell activity (cells, bacteria, viruses). When the woman's sexual life is reduced to a minimum and is associated with age, you should carry out the training of the vaginal muscles to maintain and improve blood circulation in the pelvis. Such training also prevent the loss or the corresponding sensation in the uterus.

It is necessary to pay special attention to hygienegenitals, which should be done at least once a day. In order to guard against sexually transmitted infections during frequent change of sexual partners is better to use a condom. Because this type of sickness on difficult stages are often the cause of infertility and severe inflammation in the pelvis. Wear underwear should be clean, the pressed and made of natural fabrics. It is especially important to take care about the purity of sexual organs during menstruation. Also it is necessary to protect themselves from unwanted pregnancy, but the methods and preparations must appoint a doctor after the test.

Also for the prevention of genital diseasesorgans need to empty the intestines and bladder in a timely manner, since frequent restraint in such cases can lead to bending of the uterus and impair the circulation of the small pelvis. Do not forget about the diet, especially about the excess amount of carbohydrates that lead to the formation of thrush. Dear reader of our site, try to be more attentive and careful about your health, take care of yourself and do not leave everything “for later”, because “later” may be too late.