Home›Endocrinology›Gynecomastia: Operation is not always needed!

Gynecomastia: Operation is not always needed!

Increasing the chest in men is gynecomastia. The operation is shown only with malignant tumors or unsuccessful hormonal treatment, when the removal of gynecomastia is performed under local or general anesthesia. 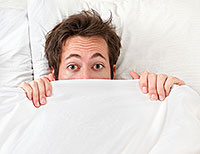 Gynecomastia
— it is a benign increase in breast in men, a phenomenon that
It is not often found, but delivers a lot of hassle to representatives.
Imagine a beach or summer day when all are dressed in lungs, thin clothes,
And only one person, more often, this is a man over the age of 45, quite
powerful physique with explicit signs of excess weight, or a teenager during the period
puberty remain in dense opaque clothes. What is the reason?

Under T-shirt U
them — Gynecomastia,
the operation does not necessarily, but attentive attitude to serious
Cosmetic defect — necessary. Why and who can arise
Gynecomastia? The answer to this question knows the doctors of several specialties:
Endocrinologists, urologists, pediatricians, surgeons, mammologists and oncologists. This
The disease does not threaten the life of men or boys, but delivers some problems
and experiences require an integrated approach.

Cause
This phenomenon can be various endocrine pathologies, such as sugar
Diabetes, diffuse toxic goiter, obesity, castration and hypothyroidism, tumors
Eggs, pituitary glands or adrenal glands, chorioncarcinoma. Known facts of influence
non-endocrine diseases, for example, intoxication of the body of narcotic
substances or alcohol, liver cirrhosis, cardiovascular failure
Systems, Lung Tuberculosis, HIV Infection, Injuries or Herpetic Defeat.
Violation of estrogen and testosterone ratio in the men's organism possible
In the event of hormonally active tumors, the lack of function of the genital
glands, prostate adenome, Addison disease. Also, gynecomastia is noted
older men, adolescents during the ripening period of the sexual system and in newborns
boys immediately after birth.

In special
The category should be allocated for men, former active athletes, achievements
which sometimes based on the reception of steroid drugs. Chest growth in such
case is not a dangerous manifestation, just the absence of exercise
leads to displacement of the balance towards women hormones. It should be noted that
Not all athletes appear gynecomastia, individual sensitivity
To the female hormon, everyone has different.

Gynecomastia
characterized by a sense of discomfort and unpleasant sensations in the area
mammary glands allowing to determine movable painless
Education with clear contours. According to the adopted classification of gynecomastia
it happens:

Usually happens
Increase both breast glands — bilateral gynecomastia develops, but
It is also a one-sided version of the disease that passes 3 consecutive
Stages:

Diagnosis of disease
carried out with the help of breast palpation and hormonal research
Status. To establish an accurate diagnosis Ultrasound is used, computer
Tomography of adrenal glands, chest, radiographic study,
Inspection of testicles and prostate gland.

Differential
Diagnosis does not represent much difficulty and is carried out with a benign
increasing and breast cancer, that men are rare.

Surgical
Treatment by removal
Gynecomastia is shown only in cases of malignant tumor or
No off-way hormone therapy. Plastic surgery can be performed
under local or general anesthesia, and is represented by two species of mastectomy: