The main symptoms and treatment of chronic atrophic gastritis

Atrophic gastritis is gastritis with the thinning of the mucous membrane, a decrease in the amount of glands and secretory stomach failure. The main symptoms of the disease are complaints of gravity, overflow in the stomach after meals.

The concept of chronic atrophic gastritis

Chronic atrophic gastritis is a gastritis at which a significant reduction in the mucous stroke of the stomach occurs.

The reasons for the appearance of atrophic chronic gastritis to the end are not clarified. It is believed that for the development of such gastritis, it is necessary to initiate damage to the stomach mucosa, which may occur with the usual overeating, use of sharp or acidic dishes, coarse food and when exposed to other reasons. After primary damage to the mucous membrane, the hereditary conditioned mechanism of autoimmune processes is launched.

Atrophic chronic gastritis is accompanied by a disadvantage of the body's immune system. This is a lack of products of secretory immunoglobulin A. In addition, antibodies are formed to special stomach cells, which produce hydrochloric acid, antibodies to the gastromukoprotein (CASTLIL factor) to the main component of the stomach protective barrier. Antibodies destroy the cells of the gland gland. As a result, atrophy of the gastric mucosa arises. 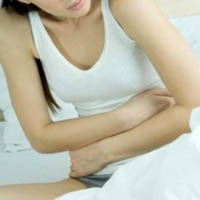 The beginning of the atrophic process occurs in those gastric departments where parietal cells are concentrated. This is the body and bottom of the stomach. The lesion of these cells leads to a sharp decrease in the secretion of hydrochloric acid, pepsinogen, gastromukoprotein - the main enzymes. Which are involved in the digestion. Gastromukoprotein is also responsible for suction in the stomach of vitamin B12. As a result of a decrease in its quantity in the stomach, the absorption of vitamin B12 decreases and develops B12 deficient anemia.

Patients with atrophic chronic gastritis complain of gravity in the stomach, overflow of the stomach after meals. Pains in the area of ​​the stomach are significantly less. After a meal there is a burden of air, over time, the belching appears a bitter or rotten taste. Arrives heartburn. The patient's appetite gradually decreases with pronounced atrophy of the mucous membrane and reducing the secretory function of the stomach, there may be significant weight loss. From the side of the patient's intestine, the rumbling, bugger in the stomach can occur constipation, and changing diarrhea. Sometimes weakness, sweating, dizziness may occur after meals.

Over time, absorption in the stomach and intestines of various nutrients essentials. Dry skin dryness and violation of vision due to vitamin A deficiency, pale due to anemia. The lack of vitamin C can determine the occurrence of bleeding gums. Hair loss increases, become brittle nails.

Diagnosis and treatment of disease

The diagnosis of atrophic gastritis is determined using X-ray (stomach x-ray), gastroscopic (fibrogastrogadenoscopy), histological studies. The study of the functional state of the stomach is carried out - the probing of the stomach, intragastric pH-metry. Immunological blood survey is appointed.

Treatment of chronic atrophic gastritis must be individual and assigned to the stage of the course of the disease, the status of the secretory function of the stomach.

First of all, the patient is recommended proper nutrition. Diet with a mechanical, thermal and chemical gems of mucous membrane is prescribed during the exacerbation. Food should be crushed, without coarse fibers, cooked for a couple. Hot and cold dishes are excluded. Food is recommended to take in warm.

If atrophic processes in the stomach led to the complete absence of hydrochloric acid and pepsinogen, replacement therapy is assigned - natural gastric juice, pepsidyl, acidine-pepsin, Ambomin. Used Panzinors, Mezim, Creon, Punchroom. Occasionally such drugs have a patient to be applied for life. Vitamin preparations are prescribed. In the case of anemia, vitamin B12 and folic acid are used. Patient recommended sanatorium-resort treatment in gastroenterological profile sanatoriums.