Life without gallbladder and prevention of postcholectectomic syndrome

The removal of the gallbladder does not eliminate the gallway disease. And if you do not comply with the recommendations of the doctor, then the development of postcholycystectomic syndrome is possible. What can be done to prevent this condition? 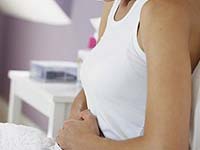 The removal of the gallbladder, or cholecystectomy, is carried out with the ball-name disease and the presence of stones in the bubble. The operation eliminates the bouts of bile colic, eliminates the threat of inflammation, reduces the load on the liver and the pancreas. However, despite the fact that the gallbladder together with the stones in it is removed, the gall-eyed disease itself does not disappear. If the patient after surgery ignores the recommendations of the doctors, continues to lead the usual lifestyle, it feeds, as before, it consumes alcohol, in a short time it will develop post-olecistectomic syndrome. Pains will be returned, there will be violations in the work of the liver and pancreas, discomfort in the abdomen will be a permanent satellite of life. That this does not happen, it is important to pay attention to the prevention of postcholectectomic syndrome (Sphinteer dysfunction ODDI).

Why it is important to revise food?

Prevention of postcholecistectomic syndrome implies compliance with certain dietary recommendations. Gall bubble previously served for accumulation and concentration of bile. When feeding food into the digestive tract, it has decreased and served a Sphintera signal Odende, which opened the bile current in the duodenum. In the absence of a gallbladder, bile or almost constantly enters the intestines, or it is forced and stretches the bile ducts, which means the digestive system has to adapt to new conditions. This requires the time that is customary to refer to the postoperative rehabilitation period, this period is most important in terms of prevention of post-olecistectomic syndrome.

How to eat immediately after cholecystectomy?

On the first day after operation, the diet does not imply solid food. Power includes only diluted with water fruit and berry juices, dried fruit compotes (liquid part), faint sweetened tea. You need to drink often to stimulate the selection of bile in the intestine.

On the second day, the diet turns on mucous rubber vegetable soups, liquid porridges, predominantly oatmeal «Hercules», Manna and rice. Kynes are allowed, but no bread, crackers and meat!

For 3-4 days after cholecystectomy in food, low-fat chopped meat, boiled or cooked steam, boiled low-fat fish are injected into the nutrition — That is, the diet expands due to protein food. Wheat crushers are allowed, but fresh bread is still excluded.

Approximate menu during this period:

Starting from 5 days, diet number 5 is prescribed patients in its gentle version. Everything is preparing for a couple, boiled or stewed, the products are crushed, which facilitates their digestion and reduces the load on the digestive system. Fresh vegetables and fruits are excluded from the food due to coarse fiber and substances causing fermentation in the intestine. It is prohibited by rye bread, wheat dried wheat. Such a diet avoids the exacerbation of gastritis and pancreatitis, often concomitant bile disease.

Features of nutrition for those who have a gallbladder removed 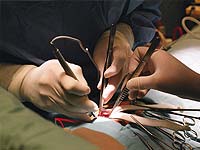 For the prevention of postcholecystectomic syndrome, those who have a gallbladder removed, it is necessary to adhere to certain nutrition principles all life.
First principle — fragmentation and frequency. Regular food intake contributes to emptying of bile ducts and disposal of accumulated bile.

Second principle — Restriction of fats in the diet, the exclusion of products that stimulate a sharp emission of bile, fried, smoked, sharp, dishes, drums and tanning broths.
Fatty heavy food delayed in the stomach for a long time, causing a reflex spasm of gatekeeper. The signal of the receipt of a large amount of fats is transmitted to bile ducts, they are sharply reduced, it becomes the reason for the appearance of nausea, heartburn, bitterness in the mouth, gravity and pain in the right hypochondrium, bloating. The only way to avoid discomfort — diet.

Preferences should be given to low-fat varieties of meat and fish, innocent milk products, porridge. Culinary treatment of food involves boiling, quenching, cooking for a couple, baking, vegetables and fruits are better to use cooked — This will avoid fermentation processes in the intestines.