Question number 1. What are hallucinations, and what types they are distinguished?

In hallucinations, the patient perceives objects that do not actually exist as the real objects of the surrounding world. Distinguish auditory, visual, taste, olfactory hallucinations and hallucinations of general feeling.


Question # 2. What are the main signs of the appearance of hallucinations in the patient?

More often than others are a variety of auditory hallucinations. Patients hear calls, knock, separate unclear sounds, words, phrases, talk of one or more faces. Voices are loud and quiet, familiar and unfamiliar, the content of them is more often unpleasant for the patient: they scold him, threaten, claim to punish or cause any harm to the patient or his loved ones. Often, auditory hallucinations are imperative (ordered), and often sick them unconditionally obeys.

With hallucinations, all attempts to prove to the patient the fallacy of his statements turn out to be unsuccessful.

In the isolated type of hallucinations are relatively rare. Usually they are an integral part of various psychopathological syndromes, most often, combined with different shapes of nonsense. The appearance of hallucinations, especially at the beginning of the disease, usually shakes the patient, is accompanied by a sharp excitement, fear, anxiety, which causes the need to provide urgent therapy.


Question number 3. What are the features of visual hallucinations? 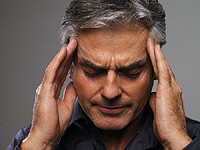 
Question number 4. What are the features of taste hallucinations?


Question number 5. What are the features of hallucinations of general feeling?

With the hallucinations of a general feeling (or, as they are different, bodily hallucinations) patients experience unpleasant sensations in different parts of the body: it seems to them that they are tied, plumpt, electric currents and T. NS.


Question number 6. How a trial assistance is carried out by patients?

Proponial assistance should ensure the safety of the patient and others, prevent dangerous actions caused by fear, anxiety, excitement. Therefore, measures for the surveillance of patients are primarily acquired, especially with acute hallucinatory state.

To reduce the excitation, aminazine (2-4 ml of 2.5% solution) or tirescine (2-4 ml of 2.5% solution) intramuscularly or the same preparations inside 100-200 mg per day. With the continuation of the use of aminazine or tiezer, the doses of which can be increased by the appointment of the doctor to 300-400-ng per day, they are combined with preparations that selectively act on hallucinations: triftatazine to 20-40 mg per day, or haloperidol to 15-25 mg per day, or trisedyl up to 10-15 mg per day intramuscularly either inside in the same or slightly higher doses, or spoken to 60-70 mg per day.

In addition to the supervision of patients, the nurse monitors the performance of hygienic events, in the event of a patient's failure, feeding through the probe applies. The nurse should also carefully monitor whether the patient takes the patient, examining the oral cavity of the patient after giving him medicines.