What is suicide? What are the causes of suicide? Answers to these questions you will find in the article.

The inhabitant sometimes it seems that
Suicide is the plot of the novel, something unreal, impossible,
fictional. And he is very surprised when he learns that only according to
official statistics, which in this point lames on both legs,
Every year in major cities, the number of people who have committed to themselves as
minimum, twice as bigger than those killed in road transport
Incidents.

What is suicide (suicide), most of us know only
Ponickel. The vast majority is confident that Suicide's problem
- The problem is insignificant. Let's try to figure it out. Completed
Suicide (that is, when a person dies due to suicide) -
This is only the top of the iceberg, suicide attempts 10-20 times more,
the number of people thinking about suicide as a way to solve their
problems, even more - at least 100 times.

In addition, every suicide leaves alive (on average) eight
man of his loved ones, friends and relatives for whom his act
- This is a real spiritual drama.

Some believe that suicide is a manifestation of weakness. Thoughts about
suicide is one of the symptoms of depression, and therefore say that
suicide - a weakweight man, it's like saying that
would be a sick influenza - a terrible lazy.

It is believed that if a person talks about suicide, he never
will not do. On the contrary, most often potential suicides, so or
Otherwise, voiced their plans. Then relatives and friends are tormented
a remorse of conscience that they did not follow, inadened, not listened...

Life - in itself stress,
Almost every person was convinced of this on experience, many have experienced
The feeling of hopelessness caused by the inability to overcome the severity
circumstances.

These circumstances may be the family deadlocks
relationship (with spouse, parents, children), difficulties associated with
work, career and t. NS., In some cases, this is a housing issue, sometimes
- dependence (ranging from the love and ending drug or
Alcohol), finally, bodily disease, sexual problems and
T.NS. 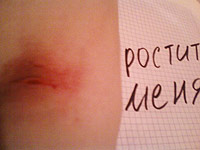 When a person faces difficulties and obstacles, he, of course,
Trying to decide them. But if all his efforts are in vain that
then? Then he takes attempts to escape from problems, get out of the game.
The easiest way it seems that suicide.

But we think: in this case, I seem to solve the problem, but I can't
get the result due to me because it will simply be no one
get! Get away from the problem, get out of her press, you can only
reoriented to something else. But in this all and snag,
Since the strength of a person exhausted by the problem is no longer.

Depression - the state of painful, characterized by the loss
forces, feeling that nothing can be changed, the feeling that life is not
succeeded and worthy only to be completed in the shortest
Timing. Cure this depression, and a look at life will change dramatically.

But it's so hard to understand that your thoughts are not your truth, but yours
misleading the disease imposed on you. And so the person turns out to be in
Closed Circle: On the one hand, life with its problems, on the other
The parties, his own painful state, where to powerlessness
Mix the ideas of meaningless existence.

The man who was in this hell is actually from the last forces
trying to fight for his life and manifests often true courage
in confronting their own depression and their powerlessness. But, K
regret, the forces are not equal here, and often turn around against the
this man.

Anxiety occurs, internal tension is enhanced, and at the peak of this
Heart pain he makes the most senseless act in his life -
suicide.

Yes, what is really there is no point in the suicide, about life
this can not be said. If someone says, then it is not him
Says, and the reigning depression in it.