Voluntary (i.e. non-state) Medical insurance is an integral part of the compensation package.

Often, it is possible to insure without dentistry, ambulance and call a doctor to the house, but it should always be remembered that we are talking about your health, especially if you have no compulsory health insurance policy. Many insurers offer insurance products that include, let's say, only dentistry, or only ambulance. It must be said that this approach is fully justified - because if you are attached to the clinic, then the dentistry you will have, as a rule, in the same polyclinic. Meanwhile, there are specialized medical institutions focused on the provision of dental care, in which, due to their specialization, the level of service provision may be higher than in the dental separation of even good polyclinic. 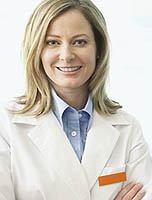 It is convenient to insure not only to provide ambulance services, but also, let's say, on a single emergency hospitalization in the hospital that you yourself will choose. It means that «Ambulance» During the year, you will go to you every time you call it, and if necessary, you can get into that hospital, which you have chosen in advance (but only once). Unfortunately, this type of insurance is also not for individuals - this may insure a group of people more than 10 people.

According to voluntary health insurance programs, for example, several hundred medical institutions work in Moscow. At the same time, they are all equipped differently, and to figure out which polyclinic is attached difficult to attach. It is reasonable to evaluate the quality of medical care for three parameters - equipment, personnel qualifications and balance price / quality. Independently understand such matters difficult, so you have to believe the insurer or independently spend a small «opinion poll» In this medical institution.

All policing policies sold in Russia have one common feature - they do not protect you from the so-called «Diseases leading to death», hard diseases and many other.

We give an exemplary list of what can «do not be insured events»:

This list may vary in the direction of the decrease or increase, each insurance company comes to this individually. Sometimes you can not, having a PMC policy on your hands, get a certificate you need - for example, on driving, on weapons, for traveling abroad. Narcologist in the staff of the clinic too, as a rule, no, so to obtain a certificate that you «Not a addict», still have to go to a drug transmissioner «at the place of residence».

Due to the fact that the voluntary health insurance market in Russia is not yet developed sufficiently,.To. convince each of us who are accustomed to queues in district clinics that it is better to pay money to the insurer and attach to a normal medical institution, not easy. Mostly after all, individuals having PMD policies received them at work.

In order for us, we do not have the feeling that «We pay for insurance so much - and it is not known how many times we come to the clinic», Some insurance companies offer so-called «riskless» Schemes - that is, insurance policies that limit your opportunity to be treated with the amount you paid the insurer. In case you have spent less money than made, your money can be or returned to you, or go to the next term. If you spend more - then you will be offered to pay.

Such a service insurance is not, since you are initially limited to the amount that the insurer was passed. The essence of this scheme is such - the insurer does not think about what tariffs should be set, and takes from you, the client, a small commission for performing the mediator between you and the clinic. And you are not afraid that by paying the insurer, you will be less treated, t.E. to a smaller amount.

At first glance, a wonderful scheme. However, if God forbid something happens to you, then all the services you will have to pay from your pocket. So classical, «Risk» Insurance scheme, when, in accordance with the terms of the contract, the insurance company does not put formal restrictions on the amount, which will be listed in the clinic or hospital for your treatment, looks much more preferable.

Insurance at the enterprise

Each of us who tried to insure themselves, faced the fact that in individuals to individuals, insurance companies are wary, establish certain coefficients that increase the cost of the insurance policy, offer a small list of medical facilities. In some cases, they are asked to pass the pre-order examination, that is, before insure, you will take the amount from 500 to 1000 rubles to find out the condition of your health and, accordingly, set the price of the policy. If you do not specify some diseases in this questionnaire, the insurance company may refuse to compensate you for the treatment of these diseases.

Why insurers are forced to go to such unpopular measures? The fact is that mostly PMD policies are physical persons accepted through enterprises, that is, the firm at its own expense insures its employees. Cases when a private person comes and is trying to insure, rare enough. Among them are a large number of people who simply want to solve their health problems at the expense of the insurance company, that is, they know that they will have much more money on their treatment, which they will pay. This is especially true of expensive hospitals services, when suddenly it turns out that the client needs a planned hospitalization.

The insurance company easily agrees to work with the enterprise as a whole, and not with an individual person because the staff of the enterprise is a statistically random sample of individuals, among them there may be those that will often use the services of medical institutions, and will be those who are not will contact the clinic at all. The likelihood that all employees of the enterprise will need during the year planned or emergency hospitalization can be considered close to zero.

One of the options, if you decide to insure as an individual face - to insure all members of your family. It will not give you any essential discounts, but you will have less problems with the insurance company. You can independently assemble a group of people (for example, at work) - a person of 5-10 wishing to insure, and then the insurer will perceive this group «almost» as a legal entity.

If you are insured

In the event that you are insured through the organization, it is not always clear which services you can receive by the PMS policy. Try to find out this or in your organization, or in the insurance company, in order for a huge bill for medical services to be an unpleasant surprise for you.

The card that you was issued in the insurance company, we always wear with you so that you have always had the opportunity to seek medical attention.

In the event that you have a claim to work a medical institution, contact your insurance company health insurance management.