Home>Cardiology>Diagnosis and treatment of infective endocarditis

Diagnosis and treatment of infective endocarditis

Diagnosis of infectious endocarditis is based onidentification of the causative agent of an infectious process. Many an important role in determining the severity of pathological changes plays echocardiography. Treatment of valvular endocarditis complex consisting of medication and surgical techniques. 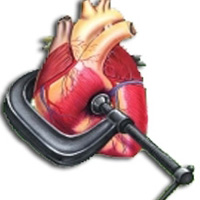 Treatment infetsionnogo valve endocarditisis medical and surgical, with the use of one method does not exclude the other. All patients underwent valve infective endocarditis antibiotic therapy is conducted. Before the advent of antibiotics in patients with valve infective endocarditis almost had no chance of survival. The ideal is considered an option when an infectious agent is installed by means of microbiological studies of blood. Otherwise, selection is performed by selection of the antibiotic. The most common use of vancomycin antibiotics penicillin, aminoglycoside. Antibiotics are administered intravenously, using drugs that destroy microbes, rather than slowing down their development. Antibiotic treatment is carried out continuously, on average 1.5-2 months, until the infection is not yet fully resolved. Proof of elimination of infection is to improve the patient's general condition, disappearance of vegetation according to echocardiography and receiving repeated the relevant microbiological confirmation.

In those cases, if the valve infectionEndocarditis has led to the formation of not giving medication heart disease or valve disease symptoms do not disappear, despite antibiotic therapy, the question may arise about the surgical treatment. An additional argument in favor of the operation is repeated with destroyed embolism infection of the heart valve leaflets. The operation is often carried out at the time of maximum activity of the infection, to save the life of the patient. Sometimes the infection spreads beyond the valve ring, forming ulcers (abscesses), which is also an indication for surgical treatment. During the operation, surgeons are always trying to save the patient's own valve. Sometimes limited to the removal of vegetation, suturing tears leaflets, etc. In those cases, when the valve is almost completely destroyed by the infection, it is replaced with an artificial (prosthetic). As with surgery for heart valve defects, using mechanical and biological prostheses. In cases of active infection preferred biological prostheses, despite their relative fragility, because the main thing - to cope with an active infection. In cases of active IE antibiotics postoperatively spend sometimes as long as with medication.

Diagnosis and treatment of dilated cardiomyopathy