The regulation of blood flow in the brain and its disorders

Blood circulation in the brain, its regulation, changes in blood flow in the cerebral vessels. Characteristics of drugs that improve blood circulation and nutrition of nervous tissue.

The blood supply of the brain has a number offeatures. Firstly, the nerve cells are very sensitive to lack of oxygen. During cardiac arrest, when the stops blood flow to the brain, within 5 minutes of coming destruction of the bark. Secondly, excessive overflow of blood vessels of the brain placed in a non-stretchable bones of the skull, is fraught with increased intracranial pressure, which also has a number of negative consequences.

When the system pressure drops in the headbrain include regulation mechanisms that preserve blood flow in the cerebral vessels relatively stable, and adaptation mechanisms to maintain normal metabolism in tissues.

Some pathological processes lead to crashin regulation. With traumatic brain injuries can be disrupted vascular tone, and intracranial pressure changes after the system. In hypertensive disease with high numbers of systolic pressure occurs readaptation cerebral pressure upward. The most frequent causes of impaired blood flow in the brain are atherosclerosis and thrombosis, plugging the lumen of blood vessels.

The drugs, which have a preferential effect on the brain vessels

Cavintonum has a vasodilatory effect,reduces platelet aggregation recovers impaired after ischemia regulation of cerebral blood flow and metabolism in nervous tissue. It is used in neurological disorders associated with circulatory disorders, vascular changes in the ear and the retina.

A strong but short-term vasodilator effect on the brain has nitroglycerin.

In the tone of cerebral vessels are also affected antispasmodics: No-spa, papaverine, Dibazolum.

This group of drugs are derivatives of GABA (piracetam, pikamilon). 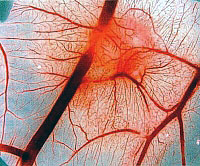 Pikamilon improves memory and increases the attention,reduces headaches. Piracetam (nootropil) has a similar effect. It should not be used if the memory disorders in elderly patients because it causes depletion effect, and after a brief improvement comes serious memory loss. It is necessary to give preference to formulations containing an extract of Ginkgo biloba (memoplant, tanakan, biloba). They improve cerebral blood flow and at the same time enhance the metabolism, improving memory.

In ischemic stroke has a good effect of combined drug instenon.

This group of drugs used longcourse, courses should be repeated 2-3 times a year. It must be remembered steal phenomenon in which in normal tissue vessels dilate, taking the bulk of the blood, while the section with poor nutrition responds poorly to the drug. In addition, it cavinton not recommended in elderly patients with coronary heart disease, as it causes a phenomenon steal in the myocardium.