Why do young men die of heart disease?

Perhaps no one is indifferent to the sadHistory, which recently took place in the airport "Sheremetyevo": died suddenly a young man flying with his young wife on a flight from Spain. It was their honeymoon. 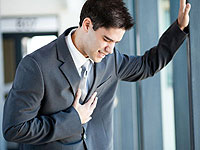 Couple flew from Spain to Barcelona flights -Chelyabinsk, where 24-year-old man suddenly became ill. It happened to be on board doctor-resuscitator supported state guy for two hours. The crew decided to make an emergency landing in Moscow, but to save the young man did not succeed. As it turned out, the man actively engaged in sports and led a healthy lifestyle.

ambulance arrived at the airport"Sheremetyevo" two hours after landing, when the young man was still alive, but as a result of the ineffectiveness of resuscitation, he died in about fifteen minutes.

All further events will detailWe analyzed the various investigative bodies. How could this happen? Why not aid was provided immediately after landing? But we are now looking for the answer to another question: why sudden cardiac death takes young people?

There are cases when the 20-year-old weightlifterheart stopped right on the training camp, in training, died 16-year-old boxer, and two days after the match in charge is dead 25-year-old goalkeeper of one of the football teams. The worst thing in this sad story is that there were no precursors or health problems did not have these young people.

What is the syndrome of sudden cardiac death?

It develops this condition suddenly and immediately,literally an hour after any changes in the status of human health. Usually the victims are young men. At the heart of the natural load is operating normally, but additional overexertion can trigger the development of sudden heart failure. Contributing moments can be emotional overload, the impact of toxic substances, a serious metabolic disorders. At the moment of impact of trigger factors is usually no outward manifestations of the disease. Unfortunately, the development of this syndrome is quite impossible to predict and diagnose in advance.

In most cases, the cause of instantcardiac death becomes acute impairment of circulation in the blood vessels of the heart - coronary insufficiency. Due to this instant developing abnormal heart rhythm, or ventricular fibrillation. The syndrome is manifested by a sudden loss of consciousness, lack of breathing and carotid pulse, dilated pupils.

But why beauties, athletes and young people?

In order to answer this question, it should beto understand and identify the main risk factors for sudden cardiac death. Statistics of the World Health Organization states that by 1 million people a week accounts for 30 sudden deaths, accounting for 15-20% of all deaths. According to experts, the risk factors include: 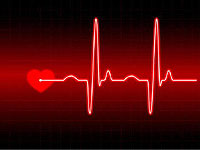 Among the risk factors should be allocated not onlyultra-high physical activity, but also to the opposite state, the scourge of the modern man - physical inactivity. Regrettable the list goes on obesity and hypercholesterolemia.

Male patients usually go to the doctor (if,Of course, all calls), when there are already all sorts of complications. Even with the development of myocardial infarction, men do not want to call an ambulance, hoping that this is the case, "was ill for a moment and will soon pass."

This is the main problem of sudden cardiacdeath - the loss of the golden moments when the so-called "therapeutic window" of only six hours. Approximately three minutes after sudden cardiac arrest in cells of the cerebral cortex irreversible changes occur, therefore in this case care should come as quickly as possible. Efficacy of treatment is that it would start promptly resuscitation manipulation. That this did not happen in the airport "Sheremetyevo". Relatives believe that Man could have been saved.

How to avoid the dreaded syndrome?

Realizing that the syndrome of sudden cardiac deathoften develops in the stronger sex, boys, boys and men should be periodically examined by a physician and a cardiologist and strictly follow the doctor's recommendations. These include:

Given the survey results, be sure to listen to the advice of a specialist, and change the way of life, reconciled with all the necessary restrictions.

Prevention and care - the guarantee of health

certainly worth a mention in this chapter that,that almost all heart disease there is no primary prevention. Traditionally, men are living and working in a very intense pace, not at all thinking about their health, especially at a young age. Joining many unhealthy habits, nervous stress, shock, fatigue can serve as an impetus to the development of sudden death syndrome.

Health - something very fragile and care about himcan not be postponed "for later". How looks the prevention of this dangerous syndrome? It consists in the prevention of diseases, which can lead to a sad and unexpected finale: hypertension and coronary disease. Prevention should start at a young age and carried on throughout life.