Thrombocytopenia - decrease in the number of platelets per unit volume of blood. The manifestations of thrombocytopenia -. Unexplainable bleeding, clotting disorders, etc. Read more in the article.

Thrombocytopenia - a condition characterized bydecrease in platelet counts below 150 x 10 9 / L, which is accompanied by bleeding disorders and problems with bleeding stop. As the state can accompany almost any haematological disease. As an independent disease is diagnosed as autoimmune (not always) thrombocytopenic purpura thrombocytopenic purpura or disease. The main reasons: violation of platelet production and / or increased platelet destruction. The most common autoimmune thrombocytopenia. Called idiopathic thrombocytopenia cause of which has not been established. Among the possible reasons especially allocate epidemiological and infectious HIV, hepatitis, complications in the acute manifestations gerpesovoy infections, infectious mononucleosis, colds, flu, Gaucher's disease. Recently, thrombocytopenia was the result of the use of imported vaccines. In 2008, Ukraine (Kramatorsk) recorded case of death of 16-year-old student from the Indian vaccine against measles and rubella. Except it was ill a few dozen people.

Spontaneous bruising on the legsand on the body, a significant increase in bleeding time, stop. Increased nasal bleeding and occurrence of bleeding from mucous membranes of the mouth. The results of clinical blood analysis indicated from 0 to 50 * 10 ^ 9. platelets / l at a rate of 150-320. The titer of antibodies to platelets may show excess in times of normal 200. The boundary of hospitalization according to various sources below 20 x 10 9 / L. From 20 to 50 is acceptable outpatient treatment. Some sources consider border security 30. The general condition usually does not cause the patient any particular negative feeling is deceptive, as fraught with internal bleeding of any bodies, as well as bleeding in the brain. It is strictly contraindicated in any exercise and need to limit any life activity in general. 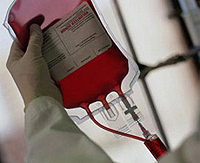 The patient must undergo mandatoryexamination by a hematologist. Usually the cause can not be identified or or reason as such no longer has any value other than information, since the treatment requires either thrombocytopenia or disease itself, which it accompanies. The basic symptomatic treatment - prednisone - hormonal drug class of steroids with a mass of side effects. Key - sudden weight gain, output potassium and magnesium, adversely impact (before hemorrhagic gastritis), gastric mucous when administered orally. Basic survey methods: a complete and regular set of blood tests in patients receiving corticoids, including infectious and rheumatologic tests, DNA tests and antibodies, ECG, ultrasound, X-ray, endoscopy (indication). The basis of clinical treatment generally depends on the treatment protocols of the underlying disease. Idiopathic thrombocytopenic purpura For the best result gives the removal of the spleen (splenectomy) - according to various sources to 80% success rate. With the ineffectiveness of chemotherapy used splenectomy alkaloids Vinca (vincristine). There are also reports of treatment of human immunoglobulins (Gamimun H). Successful statistics available, but not in the public domain. In some cases, even before the appointment of hormonal drugs, doctors are practicing hematologists plasmapheresis. The results are encouraging.

Average total inspection time, the adoption ofsolutions and the possible termination of treatment is 2-6 months without taking into account the subsequent clinical supervision. In case of cancellation of prednisolone, especially after a long course or intramuscular / venous administration in tech. from 2-3 days to weeks there t. n. "Withdrawal syndrome": headaches, tachycardia, elevated blood pressure, fever, anorexia, sleep disorders in the direction of sleepiness and insomnia, mental disorders. Symptomatic therapy: no-spa, valokordin, anesthetics, paracetamol and sleep.