Anemia: how to regain iron

Despite the good food, anemia(Iron deficiency anemia) is still completes the list of his victims. Iron it is called, because it depends on the formation of blood iron. If iron deficiency is already completely eliminate it can not any diet. How to be?


Anemia and its causes 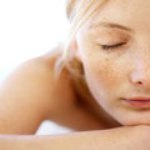 Weakness, shortness of breath, numbness of hands and feet, yellowish skin and insomnia are usually blamed on the spring beriberi. This can be true only in part.

Popularly known as anemia"anemia". This does not mean that we suddenly circulating for a couple of liters of blood is less than normal. But it decreased number of red blood telets- red blood cells or hemoglobin.

Anemia called iron deficiency becauseit depends on the iron normal hematopoiesis, and that it is part of hemoglobin, which carries oxygen from the lungs to all organs and tissues of the body. Having a cell needed oxygen, hemoglobin picks up from it "junk" carbon dioxide.

The most common cause of anemia - blood loss. Moreover, not necessarily large. It is quite regular bleeding from the gums, nose, gastrointestinal tract, heavy menstruation, hemorrhoids exacerbations that such a problem has arisen and has become urgent.

One reason for the lack of iron - is the lack in the diet of meat and vegetables. But it happens that due to problems with the gastrointestinal tract, iron is simply not absorbed by the body. 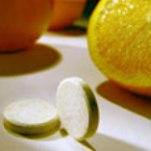 How to get out of the situation? Many believe that, leaning on meat and especially the liver, you can quickly make up for the lack of iron. You must disappoint them. The most balanced and good nutrition can only cover for the duration of the lack of this element in the body.

If iron deficiency exists, completelyit can not eliminate any diet. And it's not a diet per se, but in the present state of our health. By the way, eat the liver of animals bestolku kilograms. It iron, of course, many (three times more than in meat), but it is absorbed in a much smaller quantities.

And iron from vegetables and fruits to digest fivetimes worse than iron from meat. Therefore, pomegranate juice and buckwheat will correct the situation, but will not be saved. Today, doctors are the main hopes are pinned on drugs iron.

Take they should be on an empty stomach with a glassfruit juice. Within two hours after this should not drink coffee, tea or milk or eat cheese and yogurt, eggs, bread made from whole grains - they can slow the absorption of iron. The course of treatment usually lasts from three to six months.

But to take iron supplements withoutconsultation with a physician is not necessary. Too many complex chemical reactions, iron is involved in our body. Because uncontrolled oral iron can harm cells and even trigger their death.