medicine
by admin
Many people dream of, to be able to onetime to drink any medicine and forget about their illness. Yes, even to this drug it was palatable ... Today, our site is just to tell your readers about a similar modern facility called "Monural". This is an effective antibiotic, which has many advantages that can quickly get rid of cystitis or urethritis. 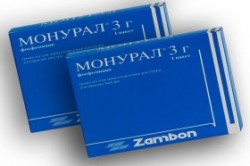 In cardboard box you will find one or twomultilayer laminate sachet. Do not be surprised, for a course of treatment that will be enough. In the bag are white beads with tangerine flavor, then they will have only to dissolve in water, and then enjoy the taste resulting liquid will be only once to drink. Countries engaged in the production of the drug - Italy, Switzerland. The bag may be two or three grams. The dose determined by the physician. You will only need to purchase the tool, not to be mistaken with its dosage. The active ingredient of the drug - an antibiotic fosfomycin. In the preparation of the granules and excipients are used: sucrose, saccharin, flavoring agents (orange and tangerine).

After receiving Monural fairly rapidly absorbedthe blood from the digestive tract and accumulated in urine. After two hours after receiving the concentration reaches a maximum. And that is enough to begin an active struggle with pathogenic microbes. Fosfomycin is active against many gram-negative and gram-positive bacteria show resistance to other antibiotics. The residence time in the human body monural - about 48 hours. Then, about 95% of the drug is excreted through the kidneys, and 5% - through the intestines. During these two days, it manages to achieve excellent, stable therapeutic effect. A valid Monural this: it violates the synthesis of cell wall components of bacteria, causing their death. More medicine, while in the body, increases the resistance of the mucous layer of the urinary tract to cause infectious diseases. The sooner treatment is started, the disease subside quickly. 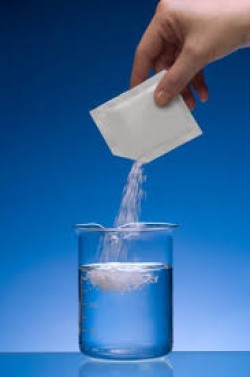 Usually adult enough to drink one sachetmedications (this three grams) only once a day. If severe infection (or relapses), then after 24 hours it is necessary to take three more grams of the drug. To prevent the development of inflammation before diagnostic or surgical intervention is necessary to take the medicine in the amount of three grams three hours before the planned manipulation. And even after 24 hours from the moment of the first use be sure to take the same amount of medication.

Children who have more than five years, the drug is discharged at a dose of from three to two grams. Re-appointment is not necessary.

If the patient has renal failure,it reduces the doctor single dose and increases the time interval between preparation techniques. First granules should be dissolved in 1/3 cup water (boiled). Drink the resulting tool relies two hours before a meal (or two hours after a meal). This condition should be observed that the medicine with food do not mix, and quickly absorbed into the blood. If possible, it is better to take the solution to the drug at bedtime. MirSovetov recommends before taking monural empty the bladder. Not recommended reception monural with metoclopramide (this antiemetic), otherwise the number will be reduced antibiotic fosfomycin in serum and urine then. The granular sucrose is present, it is important to know diabetics. During treatment Monuralom refrain from drinking alcoholic beverages. 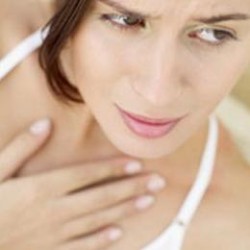 To avoid heartburn and nausea, you need to drink plenty.

The drug is contraindicated:

To fosfomycin did not get into the breast milk, women in period of treatment it is necessary to temporarily stop breastfeeding.

Monural with its noteworthy advantagesdoctors and patients. And if you suddenly give itself felt cystitis or urethritis, and the doctor will prescribe you with more older drugs, you can ask how it relates to monural purpose. A qualified doctor, keeping an eye on the emergence of new, highly effective drugs, be sure to recommend it to their patients this means.