Feminism or matriarchhat? Is there any difference? Let's try to figure it out. Read the details in the article.

Is there any difference 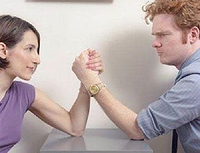 Most people, unfortunately, do not quite well represent the difference between the matriarchy and feminism. Many conservative and chauvinistically configured researchers generally put a sign of equality between these two phenomena, considering them equally harmful, and almost identical to each other. However, it should be noted that the matriarchy as a form of a socio-family device and feminism as a socio-political course for the rights of women is completely different phenomena of life and in no way interconnected.

Feminism is a product of a patriarchal society in which the woman was deprived of many opportunities available to a man, such as freedom of movement (in classic patriarchal societies, a woman cannot leave the place of his residence without the permission of her men, father, husband or brother), freedom of marriage (power of the main Men in the family - father allowed to dictate the choice of spouse) freedom of speech, opportunities to receive education, occupy a leading post or just to work anywhere except home, freedom to dispose of their property. As a result of such a state of affairs, and explicit legal distances towards men, preferences and discriminations on sexual basis, and a publicly political course known called «feminism». The ultimate goal of which was to erase any legal and social differences between the sexes for the sake of universal justice, as well as the department of a woman from «Family slavery».

However, the matriarchy is such a form of a public life device, leaving its roots in deep antiquity, which does not provide for the destruction of social and legal differences between the sexes. In men and women, various family and social roles are still preserved, various, but equivalent rights and obligations, and the value of family and childbirth for a woman is not leveled, as it happens under the influence of feministic ideas, and on the contrary increases. Like the personal responsibility of a woman for a family and their own. It is also not correct to assume that the matriarchhat implies legal discrimination and low social status of men in society.

Some opponents and criticism of the matriarchy as a form of social device, and most often they are conservative men, extrapolate patriarchal orders in which a woman was in short «Appendix" To her husband, he was a kind of husband's property, and had no rights, except for those who will be released by the eldest man on themselves. Opponents of the matriarchate represent the matriarchy himself «Patriarchate on the contrary», where now men will be in the role of the oppressive floor. However, this is fundamentally not true. The matriarchy does not imply «family power» someone over anyone and even more suppressions. According to the studies of customs preserved to our time with matriarchal gestures, men in the matriarchal society have not a small degree of freedom and respect, even greater than in patriarchal orders, since the care of the family there is not a question of personal responsibility of one particular man-chapter, and The scope of collective responsibility of the whole family, including women, its components.