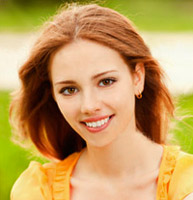 Excimer laser correction has more than 25years and is considered the most perfect and safe way to eliminate nearsightedness, farsightedness, astigmatism. In ophthalmic clinic "Excimer" laser correction - one of the priority areas of work. Clinic Doctors closely monitor all developments in ophthalmology, regularly introducing into practice new and new techniques, helping even more patients gain good vision.

Since March of this year in the ophthalmic clinic "Excimer" is now available a new method of excimer laser vision correction - Femto-LASIK. The introduction of this method - a significant event, ashow recently patients with thin corneas and other complex conditions of the visual system, had to renounce of laser correction. Now, this is not necessary, thanks to a new method - Femto-LASIK. 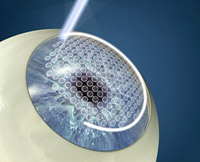 Retaining all the advantages of its predecessor,a new method of Femto-LASIK has significant differences. Branch graft surface layers of corneal tissue during LASIK correction femto not require incision of the cornea, such a manipulation is performed with a laser beam without the use of mechanical action. Femtosecond laser FS200 Wave Light (Alcon production) sent deep into the cornea, to a fixed depth, millions of short light pulses by means of which formed the corneal flap, which corresponds exactly to the parameters specified by the correction program.

Femtosecond laser FS200 Wave LightIt allows ophthalmic surgeons to form a very thincorneal flap 6 seconds for fully controlling its diameter, thickness, morphology and alignment, with minimal disruption to the architecture. In contrast to other models, the femtosecond laser FS200 Wave Light, sforkusirovan may be at any depth within the cornea to several microns, thereby solving the problems with thin corneas. 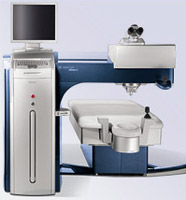 Femtosecond laser FS200 Wave Light united ina single system with an excimer laser Allegretto, so the total time of the procedure, the use of these two units is about 30 seconds. When using a femtosecond laser FS200 Wave Light corneal flap edge formed at an acute angle, which allows to further reduce the recovery period and avoid complications. After forming the corneal flap further laser correction procedure is identical correction LASIK procedure.


No mechanical effects - uniquefeature Femto-Lasik method, whereby the safety of the correction, reducing the likelihood of postoperative complications increases significantly.


Ophthalmology Clinic 'Excimer' is notIt stops there, but goes forward, by introducing into their practice the most advanced treatments for nearsightedness, farsightedness, astigmatism. Methods Femto-LASIK - is the speed, guaranteed results, reliability and predictability, this is an excellent opportunity to realize his dream for those who wanted to obtain good vision.