Causes and diagnosis of macular degeneration

Scientists still unknown cause of macular degeneration, there is no precise idea why the macula breaks down. Put forward and tested various theories:

Usually, the diagnosis is not difficult, because symptoms are characteristic enough. To confirm the diagnosis is performed by ophthalmologists fundus examination, determine the field of vision and visual acuity. Of great importance are such diagnostic techniques as fluorescence angiography and optical coherence tomography.


How to get rid of macular degeneration 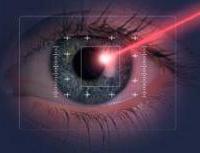 For a long time there was no effective methods of treatment of macular degeneration. We used mostly conservative therapy.

The main therapeutic measures includedthemselves topical treatment: medications that protect the eye tissues, strengthens the vascular wall, blocking the oxygen free radicals (antioxidants), arising from the violation of redox processes. Violation of redox processes is always accompanied by the development of macular degeneration and often is one of the main links of its origin and development. Drugs used in an injection under the conjunctiva of the eyeball or parabulbarly, orally in the form of tablets, intramuscularly and intravenously. With the ineffectiveness of conservative therapy were offered surgery, improving blood circulation in the vessels of the eye. However, these treatments are ineffective for the most dangerous form of wet macular degeneration.

We have been encouraging in recent yearsApplication of photodynamic therapy. Photodynamic therapy is a relatively new method of treatment of "wet" form of macular degeneration. For the treatment used photosensitizer - a drug that increases the absorption of light emitted by a laser, in the newly formed blood vessels. This drug is called Vizudin. When this substance is administered intravenously. From Vizudin blood flow is selectively absorbed only newly formed vessels of the eyes and has virtually no effect on the retina. At this time, a session of laser exposure is performed under computer control. To do this, the cold red laser is directed to the newly formed vascular membrane under the retina. The newly-formed vessels thrombosing, zapustevayut and stick together, stop bleeding, vision is preserved.

Thus, the laser beam is activelyabsorbed only in the region of the eye where it is needed. The size of neovascular (vascular) lesions is determined by a special study - fluorescein angiography and a series of computer images of the fundus.

Vizudinom treatment is performed on an outpatient basis. Within 48 hours after treatment with this drug is retained sensitivity to light. The doctor will give the necessary instructions about the preparation for the procedure and the rules of conduct after Vizudinom therapy to avoid the risk of complications.

photodynamic therapy method is used in the treatment of "wet" form of age-related macular degeneration. In the event of relapse treatment Vizudinom be repeated.

In recent years, marked by a truly revolutionarysuccesses in treatment of "wet" macular degeneration by means of so-called drugs blockers, vascular endothelial growth factor. This, above all, Lucentis and Avastin. Drugs are not allowed to grow new vessels, reduces exudation and contribute to the preservation of the nerve cells of the central zone of the retina (macula). The drug is injected directly into the eye using a special injection.