Home>gastroenterology>The symptoms and the risk of gastric polyps

The symptoms and the risk of gastric polyps


What are polyps stomach

The shape of the polyps resemble berries, small mushrooms,colored cabbage the size of 1-3 cm, sometimes more. They may be so-called leg and without it. In fact, the polyp is a benign tumor of glandular structures. Typically, polyps develop on the background of chronic gastritis and other inflammatory processes. The disease may be, and hereditary.

Polyps may be solitary or multiple. If a person has 1-3 polyps, they are considered single. If 10-15 - multiple if more than 10-15 - this is called "diffuse polyposis."


Warning: this may be a polyp of the stomach

So, what should alert man toI could be suspected at this disease? The clinical picture may be very diverse. In most cases the process is under the mask of some other diseases. If there is a suspicion of gastritis, it is necessary to be surveyed and see what was the matter. The symptoms of gastritis is very diverse - nausea, vomiting, frequent pain, heartburn, unstable stool, bloating, bad breath.

In addition, the risk factors include,Firstly, age - 50 years after. Secondly, heredity. Thirdly, its own history - if a person has problems with long stomach. As such, the diagnosis "polyposis" Becoming a doctor is not on clinical grounds and on the basis of the survey (this or x-ray or gastroscopy). Biopsy shows what the internal structure of the polyp as the number of cancer cells.

The dangers of the disease

Can these benign tumorsdevelop into a malignant? Sometimes it can be. Adenomatous polyps in 10-15% of cases turn into malignant tumors - cancer of the stomach. In order to catch the moment when it can happen, it is necessary to know what kind of polyp tissue from which it is composed, and carefully monitor its status and development.

After that it addressed the issue of the nature of the treatment andthe need for surgery. Treatment is mainly symptomatic. Polyp of the blue is not, it appears, as a rule, against a background of inflammation, gastritis, for example. If you have nausea and vomiting - treat them forge gastric motility (motilium, Aluminium phosphate gel, ranitidine, etc...). If secretory disorders (when the acidity is high or low) - drinking related products.

If we talk about the need to remove the polyp, theNow try to do everything as much as possible sparing. Small polyps can be removed on the leg by thermocoagulation - cauterize. Some polyps may remove during gastroscopy. But if it's multiple polyposis, then there is no escape - you have to do the operation.

It happens that the operation, according to the doctor,necessary, and the patient does not agree to it. In this case, histological examination is necessary every six months to prevent the degeneration into a malignant tumor. In principle, even a single polyp or need to remove, or to follow him closely.

The role of diet in the stomach polyps 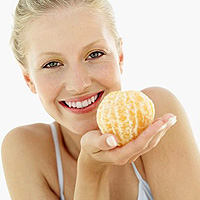 Diet - is one of three components thatinhibit the development of adverse processes, along with a systematic supervision and symptomatic treatment. Not recommended in case of problems with the stomach to drink alcohol, pickles, pickles, canned and smoked, rich broth, strong tea and coffee.

Here are recommendations that should know and respect the person who has polyps or other stomach problems. In addition to receiving the recommended drugs your doctor, you should try:

30% of people older than 50 years have gastric polyps.


Of the products are recommended: