Does your kid have found phenylketonuria? Although this disease can develop into dementia, the diagnosis - not a sentence. Dangerous complications can be avoided. Learn the story of phenylketonuria, and you'll understand - how.

On the fifth day of the mother and son were at home, and started a new life,
subordinated to the needs and requirements of small Igorka. equity
it should be said that the baby was unusually calm, and Lida
He ruled by him alone. That Unexpectedly
a phone call, we invite Lida with the baby for a blood test and
consult a physician-geneticist. The doctor asked in detail about health
Igorka parents and close relatives, particularly interested
the presence of both families of mentally retarded children. hardly Lida
remembered a distant relative who had seen once as a child,
when he is resting with his grandmother in the village.
The girl was then ten years old, she suffered from dementia since birth,
and then he disappeared somewhere, and Lida could not understand now what is the connection
between that girl and her Igoryok the beloved. From further conversation Lida
I learned that all newborns in the hospital, blood is taken from the heels to
early detection of hereditary diseases - phenylketonuria,
characterized by progressive dementia. In this test Igorka
disease was positive, and he needs to go again
examination to confirm the diagnosis in the case of start
timely treatment. 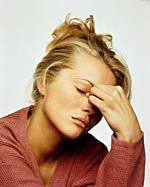 As if through a brick wall to Lida came the worddoctor, the meaning of which was not clear. She felt that her son hung over the matter, from which it should be saved. Lida woke up only when a doctor, for the umpteenth time, he repeated that the child must be weaned from the breast and transferred to a special diet. Before the final diagnosis doctor recommended to use for artificial feeding mixtures based on soy protein hydrolyzate - "Izomil" or "Fitalakt" and invited to accept the result of the re-analysis of blood. I cried all day and all night, Lida started to take decisive action, surrounded by books and medical manuals, and already a few days knew about all of phenylketonuria. Phenylketonuria - a hereditary disease that the child receives from healthy, but are carriers of the gene of this disease parents.

For the normal life of a personrequired essential amino acids that enter the body from dietary protein. One of these amino acids - phenylalanine, which is cleaved under the influence of an enzyme with the difficult name. If a child is born without the enzyme, in his blood phenylalanine accumulates and its products of incomplete digestion, has a toxic effect on the brain.

The hospital carried out the sample, detect the presence ofphenylpyruvic acid in the urine of the newborn. But this simple test can not give a positive result in the first days of life. A more accurate test is based on determining the level of phenylalanine in the blood. A few drops of blood capillary (heels out) is placed on a filter paper and sent to the laboratory. Phenylalanine levels in a patient may be increased after 4 hours after birth.

If the test results indicate PKU childimmediately transferred to a special diet low in phenylalanine. The only way to prevent the development of severe mental disability and the child's disability, to ensure its normal physical and mental development.

How to live with phenylketonuria

Diet food is the onlyeffective treatment for PKU. From the patient's diet is necessary to exclude products with a high protein content. But life without proteins is impossible, because it is a plastic material, from which all organs are built.

Therefore, when biochemists, scientists haveprotein hydrolyzate, completely devoid of phenylalanine - berlofen in history fenilke-tonurii opened a new page. And thousands of children had the opportunity to grow up healthy, keeping up with their peers with normal amino acid metabolism. Currently available in specialized medical products that provide the needs of children in the protein component of the diet. This "Afenilak", "Tetrafen", "Triafen", "Fe-nilfri", "Lofenalak", "Nofelan", "Laktanal", as well as low-protein or protein-free canned fruit and vegetables, enriched with vitamins and minerals for use in the form of feeding.

Starch based cereal crops (wheat andcorn) are protein-free products, which greatly facilitates the diet for a growing baby: protein-free bread, biscuits, pasta, noodles, artificial cereals, mousses. Restrictions do not apply to diet in fat and carbohydrates. A child receives age norms fat by butter and vegetable oil, with a predominance of the share of the latter. Vegetable oil has choleretic action, has a laxative effect, increases the bactericidal properties of bile, but also contains polyunsaturated fatty acids, which are beneficial effect on the nervous system development. Sources of carbohydrates: vegetables, fruits, sugar, krahmhtosoder-containing products - lead to the child's diet is varied, tasty and nutritious.


The child should get enoughvitamins and minerals to create the most complete nutrition. An essential prerequisite is a thorough diet, control of feeding and frequent determination of the level of phenylalanine in the blood.
The success of treatment depends on understanding parentsits responsibility for the fate of the child. Unfortunately, sometimes parents spontaneously expand the diet, on the time interrupt or terminate it without thinking about the consequences. The blood immediately increased levels of phenylalanine in the urine appears phenylpyruvic acid, indicating a build-up of the pathological process.
Break in treatment dramatically reduces the chances of success, andthe resumption of diet does not give positive results. A strict diet during the first 5-6 years of hard tolerated in children and severe psychological burden falls on the shoulders of parents. Try to find the right words and explain to the child why Vasya can eat sausage and Natasha - a cake, and he can not. Often these are finding cause for nervous breakdowns, depression, so need help neuropsychiatrist not only the child but also his parents.

After 6 years, the diet is gradually increasing, butcontrol over the level of phenylalanine is. With age, the child understands how it differs from other people, and can consciously give up the forbidden foods, although it was not such a hard limit is required.


In the future - with hope

With the help of medical and genetic counseling risksick child birth can be reduced to zero. Currently, the identification of possible carriers of the abnormal gene prior to conception and diagnosis of the disease at an early stage of pregnancy. 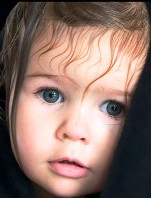 The next appointment with the doctor was already Lidaprepared and steadfastly withstood the blow of fate: phenylketonuria his son confirmed. The doctor spoke in detail about the feeding rules, the need to control the phenylalanine content in the blood and advised to meet with the family, which is growing a baby, in order not to be alone with the disease and be able to communicate with people who have experienced similar misfortune to get practical advice and moral support.
Lida fully appreciated the doctor's recommendationimmediately came out of the cabinet. Igorek started shouting hungry and demanded food, a bottle with the mixture had to warm up, but did not have enough hands. Sitting next to a woman offered to help, and while Lida warmed mixture, and then nursed her son, spoke of her fourteen year old daughter with the same disease that studies in physics and mathematics school, in addition to learn English and not only lags behind peers, but even superior to many.
Lida looked at pretty smiling girland no matter how trying, I could not find in it the slightest hint of dementia. And her mother said that it is not necessary to give in to despair, because life goes on, and every year an increasing number of special products, and easier it becomes to follow a diet, and that the next baby will be born healthy, like her, you just have to go genetic counseling, and much more to say, this woman and her words gave Lida strength and confidence that Igorek grow healthy.