Home>Gynecology>The cyst is not so simple

The cyst is not so simple

How long have you felt - you that something is wrong. For no reason began to ache back, on the lower abdomen poured aching. After another attack, you went to the gynecologist. "You have a small cyst in the ovary, - stated the doctor. - If you will not grow, cure. " "And if it is?" - Scared of you. 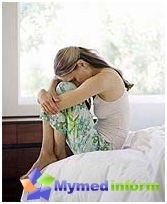 Every third patient, refer to thegynecologist at survey ovarian enlargement occurs. This may be inflammation, and tumor - benign or malignant. Unfortunately, the usual examination does not tell us that it "was got" in the ovary, because this body is very complex. Total tumors there as many as 10 groups, not counting the nuances.

Cyst - a benignovary filled with fluid. If the cyst is not treated, it may be really unpleasant cysts can become inflamed, suppurate, torn, and sometimes degenerate into malignant tumors. In 77-80% of women who run a cyst, tumor detected.


Where does an ovarian cyst?

Once a month in the ovary of each woman formeda tiny sac capsule filled with liquid, - the follicle. Once inside the egg matures, the follicle shell ruptures, releasing the egg out. That is nastpaet ovulation. If ovulation for some reason does not occur, sometimes follicle continues to grow, forming a cyst.

In any case, it is better not to suffer guesses andpay a visit to the gynecologist. Pull with surgery to remove a cyst is not necessary, because there is a small risk of cancer, and malignant tumors can grow very quickly and easily move to nearby tissues and organs. Fortunately, it happens infrequently: ovarian cysts are cancerous only in 10-12% of cases.


How to detect a cyst?

Ovarian cysts can be found in every womanage, but the likelihood of this increases markedly after 40 years. The trouble is that formed long cyst can not apply "signs of life", and the woman does not even suspect its existence as long as the doctor did not discover a cyst during a routine checkup or by using ultrasound. There are also patients who do not bother! The only thing that they can not get pregnant because of the malfunctioning of the ovaries. To do this, and it is important to undergo examination by a gynecologist at least once a year.

Only when cystic tumors growso that they begin to put pressure on the bladder, bowel or abdominal wall, you are their "notice." Very rarely, this cyst can cause sudden severe pain, regular menstruation delay or, on the contrary, the continued isolation.

But not with each brush can be pleasing tosurgical table. Some cysts develop due to hormonal imbalance, others - "laid" by birth, but develop only if something else is wrong, as if in response to another disease. For example, on a background of inflammation of the pelvic organs. What may be a complaint? This depends on the size and location of the cyst.

The most "popular" sign - a dull, aching painin the abdomen, lower back, groin. You do not have to take handfuls of pain reliever! It is better not to pull, and immediately see a doctor. Otherwise, it will soon be a sharp pain, nausea and vomiting, as a sign of complications such as torsion or cyst rupture.

Kista "held" for the ovary by a stem throughwhich "feeds", that is supplied with blood. If the foot is twisted, you will always get sick underbelly. In this case you will have to vomit, vomiting, blood pressure falls, the participation of the pulse, pale skin. Even faint can fall easily.

Abdominal muscles are reflexively tense, youmay become swollen or constipation happen, it's hard to pee, a little fever. Some women complain of very painful menstruation and yet over the years do not go to the doctor, he says: "I have always been so." And this is precisely the true sign of a cyst!

The most common cysts detected by ultrasound: can determine the type, size and the likelihood of degeneration into a malignant.

A functional cyst occurs due tohormonal failure. With proper treatment (usually used for this purpose oral contraceptives), these cysts resolve by themselves. If they do not disappear after 3 months, you need to do the operation. The rest of it is necessary to remove the cyst, because they can develop into a malignant tumor.

When the cyst torsion in the case of other complications,eg break, too, do the operation. When the cyst removed, you can normally get pregnant and have a baby. In addition, there are functional cysts tumor - cystoma. No matter where they come from, you need to sound the alarm, while these formations are not moved into malignant. In this case, it will not be able to avoid surgery.


How to treat ovarian cysts?

If the cyst has arisen on the basis of the inflammatoryprocess, it is treated in the same way as the normal inflammation of the appendages - physiotherapy, anti-inflammatory drugs, biostimulators, immunomodulators, vitamins, hormones, antibiotics sometimes. If all else fails, and the cyst continues to grow, it takes His Majesty scalpel.

A benign cyst removed bylaparoscopic surgery. However, when it comes to tumor formation, and to understand that it is malignant or not, using other diagnostic techniques is difficult, urgent analysis of the (so-called histological examination) cells taken from tumor tissue, conducted directly during surgery. If cystoma benign, then remove only the tumor tissue, keeping a woman's ovaries and the opportunity to become a mother.

Laparoscopic surgery allows to remove the cystwith minimum trauma and maximum preservation of healthy ovarian tissue. After such an operation does not remain an ugly scar and requires less recovery time. A malignant tumor must be removed using conventional, open surgery, so as not to "spread" the diseased cells to other organs and tissues. In any case, it is better not to sit and not to be afraid, and immediately run to the gynecologist. And do not worry, you will hear from him exactly what the "will to live"!