Home>hepatology>Postcholecystectomical syndrome and its causes

Postcholecystectomical syndrome and its causes

Cholecystectomy - a result of gallstones. However, surgery is not always saves the patient from suffering. Pain may be returned in the form postcholecystectomy syndrome. Classification of this condition and its development causes - in the article. 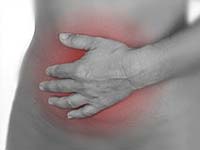 Postcholecystectomical syndrome (PHES) -condition that develops in patients with gallstone disease after removal of the gallbladder, according to statics occurs in 10-30% of patients. The reasons are many, but one thing unites them, it becomes a manifestation PHES violation of bile flow, dysfunction of the pancreas, and the deterioration of digestion.

The term "postcholecystectomical syndrome" is now considered obsolete, instead it uses a different, reflecting the essence of pathological changes - "sphincter of Oddi dysfunction (DSO)."

For reference: Oddi sphincter called pulp, which regulates bile flow from the common bile duct into the duodenum. The sphincter of Oddi also includes the pancreatic duct, which explains why, in calculous cholecystitis pancreas is involved in the pathological process.

When the operation does not eliminate the problem

Moreover, cholecystectomy leads to the cessationproduce a special substance, cholecystokinin, normally synthesized in the mucosa of the gallbladder and affect the operation of the sphincter of Oddi, regulating its opening and closing. Thus, the operation in some cases, causes an increase in the tone of the sphincter of Oddi, which entails the difficulty of bile flow and expansion of the hepatic bile ducts in the other - it leads to its reduction, a constant supply to the intestine fluid, weakly concentrated bile, and as a result - to a breach of digestion. In the latter case the path remains open pathogens inside the bile duct, and hence increases the probability of infection.

It is believed that the gall bladder produces specialsubstances involved in the activation of lipase - Pancreatic digesting enzyme fats. Cholecystectomy enzyme leads to failure and disruption of digestion of fats.

In such cases, the syndrome develops postcholecystectomical classification of this condition reflects the ways and reasons for its occurrence.

It is believed that only the second group can PHESassociated with the transaction, in other cases, the cause of the disease state of the patient survey are defects before surgery, when some diseases of the digestive system are outside the field of view of the doctor in the future lead to the development PHES.

First of all, it is important to understand that the operationaimed at the elimination of biliary colic and normalization of bile flow. Treatment of gallstone disease does not end after the surgery requires careful attention to the symptoms of gastro-intestinal tract. If you have pain or discomfort in the abdomen, nausea, vomiting, change in the color and character of stool, diarrhea and constipation should seek medical advice.

In the presence of stones, narrowing of the bile ducts,stenosis of the duodenal papilla and other organic amendments is a second operation, the surgeon requires a high skill. When the sphincter of Oddi dysfunction used conservative treatment, including drugs that improve biliary exchange affecting the tone of the sphincter, normalize digestion. When concomitant diseases of the digestive system, the tactics of treatment is dictated by the nature of the pathology.