Home>Infectious diseases>Forewarned is forearmed! Causes and types of food poisoning

Forewarned is forearmed! Causes and types of food poisoning

Food poisoning - a group of diseases,united by the same cause: the consumption of poor quality food. We will talk about the types of food poisoning, their classification and briefly characterize each group.

Food poisoning - a group of diseases,united by the same cause, the consumption of substandard food products containing large amounts of bacteria, their toxins or toxic substances are of a different nature.

What are food poisoning? 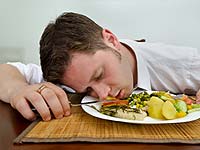 Foodborne diseases - acute poisoning,caused by the ingestion of food containing a huge number of opportunistic bacteria, ie microorganisms, which in small quantities can be found everywhere, not causing harm to health. The most common cause of poisoning becomes a product contamination with E. coli and other organisms similar to it. Pathogenic properties can be enterococci, Proteus, Clostridium, vibrio, which in the normal course of life and the destruction of produce toxins.

Poisoning has always distinguished the sudden onset,mass and limited one circle of people. poisoning outbreaks can occur in kindergartens, in schools, in the same neighborhood or town. As a rule, they have a connection with one product and end as soon as the product will be withdrawn from use.

Toxicosis - a food poisoning thatdevelop if it enters the human body microbe toxins. The classic version is toxemia botulism, but as a "factory" of toxins may also act as ordinary enterotoxigenic staphylococci and fungi such as ergot, Aspergillus, Fusarium. 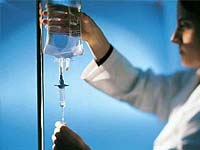 Also microbial toxins and their poisoning maycause plant and animal products that are poisonous in nature, most often it is mushrooms, less weed grasses and wild plants. Sometimes the cause of intoxication become milt and roe fish such as Marina, puffer and barbel.

Not all foods that cause poisoning,originally had toxic properties. For example, a compote of plums or apricots with seeds, canned doting grandmother's hand, and for a couple of years in a forgotten cupboard shelf, it may well cause serious poisoning. The fact is that during storage of the product separated from fruit pits amygdalin - a substance which is converted in the human intestine in sineyshy poison - hydrocyanic acid.

Among such diseases like food poisoning,classification provides for the allocation of poisoning group chemical impurities. The use of chemicals in agriculture, food and light industry takes rampant today. Safety standards of chemical contaminants in food clearly defined sanitary services, quality control is carried out continuously, but, unfortunately, violations are quite common.

From food poisoning chemicals oftenoften found poisoned nitrates and nitrites, pesticides, herbicides, fungicides. For example, nitrates and nitrites are widely used in the meat processing industry, its pink sausage sausages owe these substances. In agriculture, nitrates used for fast growing melons, berries get their best, flat, large, but barely pink inside and sour taste. Pesticides - reliable protection of crops from weeds, but they accumulate in the soil, and by ingestion of food and the human body can cause poisoning.