Symptoms of the main forms of cholera

Depending on severity of the disease, andthe degree of dehydration are five forms of cholera. Each form of the disease has its own characteristics. Common symptoms include frequent loose stools of the type "congee".

Symptoms of dehydration in cholera

The incubation period ranges from cholerafew hours to 5 days (usually 2-3 days). According to clinical manifestations distinguish erased, mild, moderate, severe and very severe. The severity of the disease is determined by the degree of dehydration. There are the following degree of dehydration:

When erased forms of cholera can only beonce loose stools in a good state of health of patients and the absence of dehydration. In more severe cases, the disease begins acutely, without fever and other previous events. The first signs of cholera are sudden urge to defecate and discharge of pasty or, from the beginning, watery stools. Subsequently, the urgency is repeated, they are not accompanied by pain. The stools stand out easily, the intervals between bowel movements are reduced, and the amount of bowel movements each time increases.

The stools have a kind of "rice water" -translucent, turbid-white color, sometimes with floating flakes of gray, odorless or smell of fresh water. The patient noted rumbling and discomfort in the umbilical region. In mild form of cholera defecation is repeated no more than 3-5 times per day, general state of health is satisfactory they are insignificant feeling of weakness, thirst, dry mouth. The duration of the disease is limited to 1-2 days.

In moderate (dehydration of II degree)the disease progresses to diarrhea joins vomiting, increasing in frequency. Vomit have the same kind of "congee", as well as bowel movements. Characteristically, the vomiting is not accompanied by any stress and nausea. With the accession of vomiting dehydration - exsicosis - is progressing rapidly. The thirst becomes painful, dry tongue with a "touch of chalk," the skin and mucous membranes of the eyes, and oropharynx pale skin turgor decreases the amount of urine decreases until anuria - a sharp decrease in the amount of urine. Chair up to 10 times a day, plentiful in volume does not decrease but increases. There are single leg cramps, hands, feet, chewing muscles, unstable cyanosis of the lips and fingers, hoarseness. The disease in this form lasts 4-5 days.

Severe cholera form (III degree of dehydration)It characterized by pronounced signs exsicosis (dehydration) due to the very abundant (up to 1-1.5 liters per stool) a chair that becomes so from the very first hours of the disease, and the same abundant and repeated vomiting. Patients are disturbed by painful spasms of muscles and the abdominal muscles. 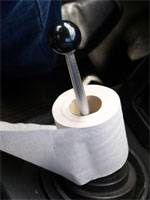 Very severe cholera (formerlyalgidnoy) is characterized by the sudden rapid development of the disease, starting with massive incessant defecation and abundant vomiting. After 3-12 hours, the patient develops a serious condition algida, which is characterized by a decrease in body temperature up to 34-35,5 ° C, dehydrated at (patients lose up to 12% of body weight - dehydration grade IV), shortness of breath, anuria and hemodynamic disturbances by type hypovolemic shock.

At the time of admission of patients in the hospital havedeveloping gastroparesis and intestinal muscles, due to which the patients vomiting stops (replaced by convulsive hiccups), and diarrhea (gaping anus, free discharge "water gut" from the anus with gentle pressure on the abdominal wall).

Diarrhea and vomiting occur again in the background or afterend rehydration - measures to combat obezvozhvaniem. Patients are in a state of prostration, drowsiness goes into stupor, followed by a coma. The disorder of consciousness coincides with respiratory failure - from the part surface to pathological types of breathing.

Colouring of skin in these patients acquiresashy hue (cyanosis total), there are "dark glasses around the eyes", the eyes sunken, sclera dull, unblinking gaze, voice missing. The skin is cold and clammy to the touch, the body is reduced seizures (posture "fighter" or "Gladiator" as a result of general tonic convulsions). Abdomen retracted, palpation determined twitching rectus abdominis. Convulsions painfully amplified even with light palpation of the abdomen, which causes patients anxiety.

Severe cholera often observed at the beginning and at the height of the epidemic. At the end of the outbreak and interepidemic time dominated by light and erased forms malootlichimye diarrhea from other causes.