Mountain tourism - a pleasant and useful occupation. But here you need to know when to stop. Excessive height, or failure to comply with the established rules, can deliver "miners" a lot of trouble. Until cerebral edema.


Climbing up: the danger

When climbing to a height of organs and tissuesMan gets less oxygen than in normal conditions. The body begins to mobilize its defenses to protect themselves from oxygen starvation. Quickens the pulse, accelerated breathing rhythm, there is a change in blood chemistry. All this allows the body to somehow adapt to changing environmental conditions and to transfer to the authorities more oxygen.

However, with increasing altitude the body's defensesweakened and may not recover enough to supply tissue oxygen supply. There comes oxygen starvation of all organs and systems. In the cells of tissue begins to accumulate fluid. When fluid accumulates in the tissues of the brain, developing state, which was called the mountain of cerebral edema. This condition is life-threatening and, unfortunately, it is often observed in altitude sickness.

Depending on endurance and fitnessmountain sickness of the body may have different degrees of severity - from mild to severe. If you climb to altitude is very fast and without proper acclimatization, the first symptoms appear within a few hours. When patients complain of mild illness to:

If measures are not taken, and rise to a heightcontinues, the patient's condition deteriorates. Comes muscle weakness, drowsiness, confusion, hallucinations occur, visual disturbances. Shortness of breath increases, there wheezing in the chest and coughing. Finally, the patient loses consciousness, there comes a coma, and death.


Swelling of the brain - a severe form of altitude sickness

The development of high-altitude cerebral edema is usuallypreceded by symptoms of acute mountain sickness. Guards are early signs of mental disorders and behavioral changes, which the victim and his companions are not paying attention. In the future, there are a significant increase in headache Expander nature, frequent nausea and vomiting, the occurrence of violations of consciousness (the victim becomes lethargic, drowsy, answering questions in monosyllables and not immediately poyavlyayutsya hallucinations, disorientation and confusion) and motor coordination (staggering, like drunken gait), rarely seizures. In the future, these disorders could increase up to loss of consciousness and the development of coma, in which the victim does not open his eyes in response to painful stimuli.

Alpine cerebral edema develops duringseveral hours, especially at the early symptoms of underestimation. The probability of brain edema development also depends on the rate of ascent and reached the height. With the rise in the height of 4000-5000 m over the frequency of this form of the disease is about 1%.

At the slightest sign of incipient cerebral edemahuman need to pull down the delay may lead to death of the patient, and, if possible, give oxygen (at a rate of 2-4 liters per minute). To reduce the symptoms and alleviate the condition affected, enter intramuscular dexamethasone (or give it to the inside, if the conditions allow the patient) at an initial dose of 8 mg (2 ampoules or 16 tab.), And then every 6 hours to give 4 mg (1 ampoule or 8 tablets )..

Currently, the most dexamethasonean effective drug for the treatment of high-altitude cerebral edema. I would like to warn against the use of furosemide (Lasix) in this situation. It does not reduce the swelling of the brain or in hypoxia or in traumatic brain injury, and therefore its use is not recommended in these situations.

And remember - the disappearance of symptoms does not occur immediately after the descent, so the patient should be placed under the supervision of medical staff.


The golden rules of prevention

In order to avoid the development of acute mountain sickness, and especially such a serious condition like cerebral edema, should be aware of preventive measures.

A very important point yavlyaetsya addictiveheight. If you are going to climb to a higher altitude, it should be done gradually. At regular intervals, it is necessary to stop and rest, thus enabling the body to get used to the conditions of oxygen starvation. Rest should be long - 2-3 days, then the climbing or climbing to a height can be extended.

Another condition is to perform eachtraveler, rising high in the mountains. If you have spent some time at an altitude of 2000-3000 meters (skiing, walking), then at night have to go down to 500-600 meters below. Then the brain swelling does not threaten you.

Tip: each climber and traveler, while in the mountains, should monitor your health and at the first signs of altitude sickness immediately come down.


Swelling of the brain: what can be done 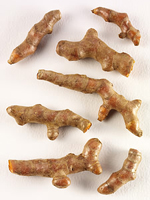 First of all, it is not necessary to panic ifthe first signs of altitude sickness. Mild symptoms (insomnia, headache) are harmless, if in time to take the necessary precautions. Stop the rise, stop and rest for 2-3 days at that altitude at which you left off. If you go down to the rest of 300-400 meters below, your condition will improve much faster.

If you have more severe symptoms of altitude sickness (cerebral edema), you have to stop moving and stay warm. At the first opportunity you must go down below 400-500 meters.

If the patient is unconsciousstate and can not do, it is necessary to pull down on the stretcher. Do not leave the person alone if they have any symptoms of high-altitude cerebral edema. Moreover, it should not be allowed to go down on their own.

Patients are encouraged to sharply limitsalt intake (reduces swelling), and if the group is oxygen, then give the patient the opportunity from time to time to breathe pure oxygen. Doctors in these cases it is recommended to give the patient pain killers, sedatives and hormones.

From traditional medicine good effecthave such herbal preparations, such as ginger and cayenne pepper. They stimulate the processes of respiration and metabolism, so indispensable in hypothermia and altitude sickness.

Ginger is used for oral administration (20-25tincture drops per 100 ml water) and externally to the friction. You can brew tea from the dried ginger root powder (1/2 teaspoon of the root powder per 200 ml of boiling water. Infuse for 20 minutes).

Cayenne pepper is considered to be in the East"Crisis grass" and is used in cases when it is necessary to provide warming and stimulating effect. For immediate effect, 1/2 teaspoon cayenne pepper powder poured into 100 ml of water and drink in one gulp. It activates blood circulation, heart and lungs, thereby helping to overcome the effects of oxygen starvation and reduce swelling.

But remember: it is not recommended to use cayenne pepper if mountain sickness is accompanied by hypothermia (hypothermia).