Neuralgia triple nerve or how to live with pain

Truppy nerve neuralgia - one of the most common and most painful types of neuralgia. And, unfortunately, it is impossible to fully cure this disease. But, as they say, warned - it means armed. What you need to know about facial neuralgia to make life easier - read in the article.

Neuralgia of a trigeminal nerve, or trigeminal neuralgia, is the hardest disease, the history of which is leaving in the XI century. Huato's doctor who lived in ancient China, the first described this disease and developed a treatment technique. However, he could not cure a high-ranking official, and was executed for it.

Trigeny nerve neuralgia is, first of all, pain 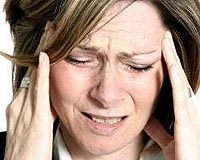 What is the disease as the neuralgia of a trigeminal nerve? It is characterized by attacks of intensive pain, localized in the field of the middle and lower departments of the face, most often in its lower half. Moreover, the pain is so sudden and strong that it seems to be a man in his face hit Lightning either pierced the discharge current. The attack lasts from a few seconds to two minutes, but the patient of these seconds seems eternity.

Behavior during the attack of trigeminal neuralgia is very typical. The patient can neither scream nor cry, he freezes in that position, in which he caught his attack, trying to survive a nightmarish pain. Sometimes he rubs the zone of pain or makes characteristic smoking movements. I am answering the questions, I barely open the mouth. Pulmonizing facial muscles.

Elderly people are subject to the disease, which is associated with the seal and sclerosis of the facial vessels. Most often this disease occurs in women 50 - 69 years.

Where neuralgia is taken from

The development of the disease may be due to various vascular, endocrine-exchange, allergic disorders, as well as psychogenic factors.

What can cause attack of trigeminal neuralgia? It may be a light touch, blow breeze, wash, conversation, food, teeth cleaning, shaving. Sometimes the so-called «Ladder syndrome». He lies in the fact that if the patient stumbled, walking along the steps or just on an uneven surface, he instantly occurs an attack.

Unfortunately, to fully cure the neuralgia of a trigeminal nerve can not. This is a chronic disease that consists of alternating attacks and remission. The dealing task in the treatment is to make periods of remission as long as possible.


How to treat neuralgia trigeminal nerve

At the moment there are three methods of treatment of neuralgia.

The physiotherapy method is an acupuncture, pharmacopuncture (introduction to bioactive drugs of drugs), laser support, the use of low voltage and low frequency pulsed and low frequency currents, magnetic and electromagnetic fields, infrared and ultraviolet radiation, ultrasound, medicinal electrophoresis.

Surgical method - operational methods of treatment of neuralgia of triple nerve numbered a large number. It can be the separation of the root of the nerve and squeezing its vessel; Intersection of individual large branches of trigeminal nerve, destruction of pain fibers in the root of the nerve. The choice of surgical tactics depends on the state of the patient.

As a rule, at the initial stage of the disease, drugs are recommended by drug and physiotherapy, trigeminal nerve blocks. Neurosurgical treatment methods are shown only after the absence of the effect of the above treatment methods.