Traditional Chinese medicine is a synthesisancient Chinese theoretical and practical knowledge and skills. These skills experts in Chinese medicine used to combat a variety of diseases and ailments. 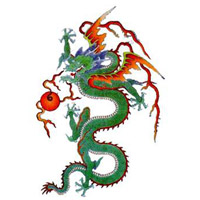 Numerous studies have shown thatantiquity, nucleating and evolving under the influence of natural and dialectical materialism, Chinese medicine has become a simple and striking their manifestation. For a long period of time, the practice of the treatment gradually developed and transformed into a unique, specific medical system of theoretical knowledge.

In scientific studies of ancient Chinesephilosophers, based on a simple systematic approach to knowledge in the field of biology, astrology and information theory lurk great number of modern medical and biological scientific theories.

The philosophy of traditional Chinese medicineIt is materialistic, as based on the recognition of matter only basis for peace, considering consciousness as a property of highly organized, social form of motion, function of the brain, a reflection of the objective world. The philosophy of Chinese medicine recognizes the universal dependence of objects and phenomena of the world, the movement and development of the world as a result of operating it in the internal contradictions.

Among the ancient civilizations of China is consideredcradle of traditional knowledge in medicine. The origins of Chinese medicine originated in ancient times, at a time when only the emerging scientific system. Over the development of Chinese medicine, each of the ancient Chinese dynasties contributed to the development of traditional medicine. Those periods in the history of ancient Chinese medicine observed the appearance of well-known doctors, the emergence of new schools and currents, as well as it was created many famous works and treatises, which are being studied to this day.

During the reign of dynasties, the Xia, Shang, Zhou (21 in. BC. - 256 g BC. e.) marked the advent of the first medicinal tinctures, or as they were called "medicated wine", as at this time there were medicinal herbal teas (or "Decoction"). During the reign of "Western Zhou" (11 BC -. First field 771g BC) is the creation of one of the first collections of poems, "Shi-Jin", which is one of the earliest historical documents containing records of medicinal plants .

Historic Monument Traditional ChineseMedicine is the "Treatise of the Yellow Emperor of the internal" or "Huang Di Nei Jing". This treatise had a profound influence on the development of traditional Chinese medicine. The treatise was written in the form of a dialogue between the Yellow Emperor and his court wise Qi Bo. The treatise consists of two parts, "Su-cast out" (or "Questions about the simplest") and "Lin-shu" (or "Axis of spirit").

The value of the canon is not only the presentationmedical knowledge and methods of diagnosis, treatment and disease prevention, but also in the fact that it contains information about other ancient Chinese sciences. This treatise was the basis of the theory of traditional Chinese medicine, including the practice of acupuncture and moxibustion, qigong breathing exercises system and acupressure.

At present, more and more often said and written aboutthe phenomenon of traditional Chinese medicine. A distinctive feature of Oriental philosophy is the presence of a unique system of views on the relationship of man with the surrounding universe, where a person - it's a microcosm, which is in constant communication with the Universal macrocosm.

Unlike the western medical school ChineseDoctors of traditional oriental medicine believe that their task is to: promote the health of healthy, increase the reserves of health sick and heal the sick. Maybe that's why more and more people interested in Eastern philosophy and various health practitioners.

The path to harmony with breathing exercises "Tszyanfey"