Home>Oncology>What are the symptoms of pheochromocytoma

What are the symptoms of pheochromocytoma

Hypertensive crisis - a piece of itselfunpleasant. On top of that, the development of the disease may indicate the presence of a tumor called "phaeochromocytoma". Read more about this and other symptoms of pheochromocytoma read in this article.


About 10% of cases occurring in family form when the disease occurs in the case of the same disease at least one parent, regardless of gender.

How to recognize a pheochromocytoma 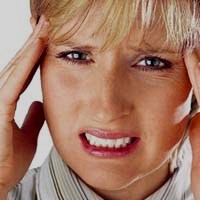 Hypertensive crises are often accompanied by neuro-psychiatric, metabolic disorders, gastrointestinal symptoms and by blood disorders (paroxysmal form of the disease).
During the attack there is a feeling of fear,anxiety, tremors, chills, pale skin, headache, chest pain, chest pain, palpitations, cardiac arrhythmias (which patients is the feeling of a sudden "collapse"), nausea, vomiting, fever, sweating, dry in the mouth. Optionally, the appearance of these symptoms, they may vary. Observed changes in blood analysis: increase of leukocytes, lymphocytes, eosinophils, increased glucose (sugar).

The crisis comes to an end as quickly asIt begins. Blood pressure returned to baseline values, pale skin is replaced by redness, sometimes there is profuse sweating. Provided to 5 liters of light incontinence. After an attack for a long time retained the overall weakness, fatigue.

In severe cases, the crisis may be complicated by retinal hemorrhage, cerebrovascular (stroke), pulmonary edema.

Seizures generally arise suddenly and canprovoked hypothermia, physical or emotional stress, sudden movement, taking alcohol or certain medicines. Seizure frequency different from 10 - 15 crises a day to once in several months. The duration of the attack also varies - from several minutes to several hours.

When a stable form of the disease is markedconstantly high blood pressure, possible violations of the kidney, changes in the fundus (which can tell optometrist). Observed irritability, mood variability, fatigue, headache.

Symptoms such as heart palpitations,sweating, diarrhea (diarrhea), weight loss, occurring in pheochromocytoma, are a manifestation of metabolic gain in connection with the production of tumor adrenaline and not related to the dysfunction of the thyroid gland (which has similar symptoms). In addition, often develops a violation of carbohydrate metabolism, which is manifested in an increase in blood glucose levels.

In general, surgical treatment of pheochromocytoma -removal of the tumor. But to relieve the symptoms of a crisis, to prepare for the surgery and reduce the severity of symptoms of the disease and apply conservative (with the help of medication or non-surgical procedures) treatments.