Other
by admin
For every mother the most terrible torture -look at a child who is suffering from pain. Unfortunately, it often happens that in the first days of life the baby from time to time experiencing this condition. The most common reason for that - cramps and bloating. Today we will talk about one of the best ways to overcome these unpleasant problems - dill water for newborns.

Colic - the main problem of babies 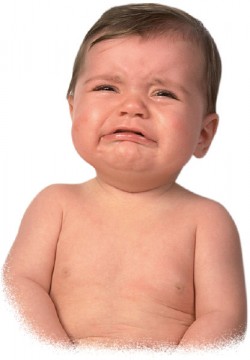 Most newborn babies torment cramps and bloating. This is because the child's digestive system is not yet fully adapted to eat food. The first two weeks of the crumbs persist parent enzymes that help to carry out the process of digesting food. But after this time, sharply raises the problem of colic, bloating and excessive gassing. Some kids cope with thesetrouble yourself and tolerant transfer processes that occur in the body. Another - more difficult to deal with them. It happens that my mother all night lulls the kid, but a pipsqueak can not sleep because of the painful spasms. As a result - exhausted and the baby and mother. Adaptation of the gastrointestinal tract - a rather complex and long-term process. During this time the newborn will seriously exhaust your body. Moms and dads can recognize the symptoms of colic on several grounds. The kid who suffers from abdominal pain, red, running out legs, knocking them out loud groans and shouts. Typically, this reaction can be observed during and after the meal. Agree, the picture is not a pleasant one, especially if the crumb - your long-awaited child. That is why, even our grandmothers tried to calm the baby, take it off the pain. For a long time to deal with colic and bloating use an infusion of fennel seeds, or as it is called, fennel water. Although this tool is considered to be the result of national healing, traditional medicine recognizes him and, moreover, encourages young mums to buy a ready-made solution in pharmacies under the name "dill Vodicka" Baby. 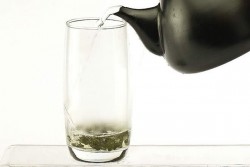 Dill water for newborns is madebased on fennel essential oil, that is, medical dill. You can find it only in pharmacies, where there is a department for the manufacture of medicines. In order to make dill water, pharmacists mix 0.05 milliliters of fennel essential oil with a glass of boiling water. The solution is insisted for about half an hour in a warm place, then filtered and Packed in a container. It is worth noting that dill water can only be consumed fresh, and its shelf life is from two weeks to thirty days in the refrigerator. What is the advantage of dill water prepared in pharmacy? And the fact that only in pharmacies will produce water for your crumbs in sterile, antiseptic conditions, according to the correct recipe. Water should be given to the baby, mixing with a mixture or milk, because often the taste of the solution does not like the children and they spit it out. If your baby does not resist the taste of dill water, then drink it from a spoon. How much water to give? The standard dose for a child involves three to six tablespoons per day. Such a dosage significantly reduces flatulence and prevents painful cramps in the child. Nevertheless, MirSovetov recommends not experimenting with the fragile body of the baby and agree on the dosage of dill water with a pediatrician. 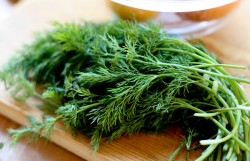 There are several cooking recipes.dill water at home. In general, they are not significantly different from the formulations offered by pharmacies, but dill seeds are more often used at home, since they are easier to get. So, for an older child, one tablespoon of seeds is taken, for newborn babies - one teaspoon. Grains are poured with boiling water, infused for about half an hour and filtered through several layers of gauze. The liquid should not stand for a very long time, so often newly made parents calculate the amount of broth for one day and prepare it daily. It is worth noting that most mothers consider dill water to be completely harmless and often give it as a drink. This is a mistake, because fennel, like any other component, can cause an allergic reaction in a child. Accordingly, the dosage must be carefully observed. In addition, water from dill is not able to help in all cases, and the effect of using this product is not long-term. Sometimes water can even be harmful - it is not uncommon for mothers to notice that after drinking dill, the baby begins to swell. Nevertheless, in most cases, this remedy becomes a panacea for problems with the gastrointestinal tract in babies, helps to cope with the discomfort caused by bloating.

For any parent, the well-being of the child- the most important thing. Mothers and fathers are especially kind to their little ones in their first year of life, because it is during this period that the baby is extremely vulnerable and helpless. Tummy problems can confuse an inexperienced parent. But do not immediately panic, because today there is a huge variety of medications for colic and bloating. Among them, the leading place is dill water for newborns. This simple remedy is able to overcome many problems of infants and their mothers. our site wishes new parents more health for their children. If you still have problems with adapting the gastrointestinal tract to new conditions - resort to the most natural methods of treating colic.