Other
by admin
You know that a newborn baby is not fullydefenseless? Nature has endowed it safe and the little man a number of reflexes that can help him to survive in the event of an abrupt change in conditions. Today, our site will examine the newborn reflexes alone. 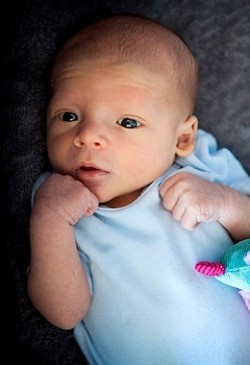 A newborn baby is endowed with a variety of skills,that it will be useful on the path to adulthood. Some of them have gone to three or four months. These skills are called unconditioned reflexes - the simplest automatic actions controlled by the primitive centers of the brain and spinal cord. Some reflexes appear together with the crumbs, that is, from birth, and some - a little later.

All newborn reflexes have pronouncedprotective function. The main tasks that they carry: the protection of vital organs and help in adapting to life in the environment, in fact, ensuring the survival of man in various stages of maturation.

All reflexes are checked back in neonatologisthospital and later pediatrician and neurologist at the planned reception - this is done in order to verify the proper development of children and exclusion of the slightest suspicion of deviation. Parents need to know what their baby has reflexes to follow the inspection and ask questions. Let's look at the most basic of them. 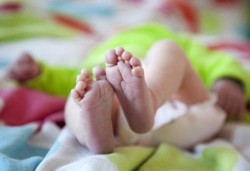 No less important for child survival in the environment. They are also very diverse and many of them fade in of three or four age. Here are the main ones: 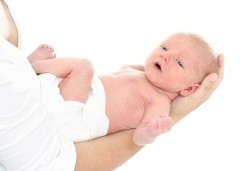 These reflexes are controlled by the medulla oblongataand the center of the midbrain. In the future, these reflexes (after timely extinction) will help the newborn to learn motor skills such as standing, crawling, and then sitting and walking.

Nature is very well taken care of and thought outeach step of growing a little man, and language functioning unconditioned reflex acts can tell a lot. It is important to regularly show the baby's doctor for verification and objective assessment of its reflexes. Often deviation from the norm can be a symptom of diseases of the nervous system of the baby.