Home>Other>Psychosomatics: to recognize and treat

Psychosomatics: to recognize and treat

Other
by admin
"All sores from nerves!"- Love of saying the older generation, and something our grandparents, of course, right. The nervous system is very sensitive to the slightest "zigzags" our mood: let, for example, the body trembling with indignation, when we are angry or makes the skin covered with small ants, if a person is nice excited. Maybe, though, it makes sense to "treat the nerves" before cure

When the mind and body suffer together 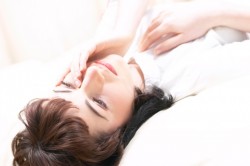 Psychosomatics - common to medicine and psychologya theme that explores the impact of mental factors on the occurrence and during the somatic (bodily) diseases. Under psychosomatic illness should mean response to emotional stress, accompanied by both functional and morphological (external) changes in the organs and tissues of various systems of the body. About 45% of people who go to the doctor with various complaints, belong to the category of psychosomatic patients, the WHO says.

For the first time the term "psychosomatic" sounded from the lipsGerman psychiatrist Johannes Haynrota in 1818. He argued that such terrible diseases as tuberculosis, cancer and epilepsy are "born" in the human body by no less terrible emotional states - anger, loneliness, shame and impotence.

The founder of modern psychosomatictheory has become known to many Austrian psychiatrist Sigmund Freud. His work on the so-called conversion, dated 1885, states that it is a psychological conflict, finding no resolution, forcing people to get sick - paralysis, deafness, blindness, convulsions, impaired coordination of movements, in violation of the swallowing act. Under the conflict meant unacceptable by society often instincts (aggression, open expression of sexuality) and cultural taboos, imposing a taboo on the release of emotions and provokes psychological trauma. Want you, for example, "" slapped on a cap "eternally unhappy with your job, tell him with three boxes. But no, it is uncivilized, and how the subordination and professional ethics? Wish your seditious so that the suppressed subconscious before the mind has time to process this emotional outburst.

Signals from the brain insteadembodied in actions, are redirected to somatic systems, leading to changes in the work of their organs. For example, psychosomatic visual and hearing impairments reflect an internal refusal to see and hear something, and a constant unrealized desire to hit someone comes with a pain in the arm. Modern practices rarely interpret the connection of an external disease with an internal conflict so symbolically, however, such cases do occur. They are confirmed by diseases of people with limited imagination, whose feelings are expressed not in words but in deeds.

Next - interesting. When the problem of mental illness turns into a real, emotional struggle of neurons is declining. We get a very specific disease that can be diagnosed and treated. And there it was! The internal conflict is not it still open, just moved into the shade for a while. So, they generated a real illness, even with the full complex treatment sooner or later will become chronic.

Where subtly - always will break! 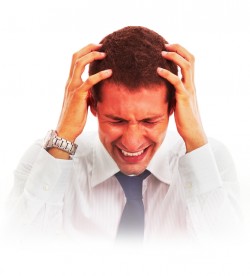 As a “bell” about psychological conflict, somatic disease can be considered from various perspectives. Here are some examples.

Illness as a basis for benefit. In this case, the disease does not solve thepsychological problem, it only allows you to ease the discomfort brought them. Someone using the disease tends to attract attention, and for some disease becomes a wonderful excuse to move the conversation difficult or undesirable meeting.

Illness as a warning. The disease is based on the subconscious memoryIt may indicate that a certain situation may be potentially dangerous. For example, a small child frightened by a black dog. The child grew up and forgot about this incident safely. Suddenly he begins to suffer from causeless headaches. Its source - friendly black puppy, pet, which he himself and the man bought. Although the dog can not come any threat, the subconscious mind has sounded the alarm.

Illness as compensation. If you can not meet the demand forpsychologically, it is possible to do this with the help of the body, "taking advantage of" disease, which is suitable for achieving the goal. For example, excessive deposition of adipose tissue indicates a desire to be protected by creating a kind of shield, and increased sweating indicates that the person does not know how to cry, tears apart something shameful.

Illness as a setting. In the 30s of the last century, some hypnotistsgained fame thanks to interesting in terms of psychosomatic trick - they were "inspired" human condition of burn or injury. Before hypnotized guinea coin touched the cold, assuring that it is red-hot or a hammer. Under the coin burn or bruise stood out, respectively. If the power of thought people can control physiological reactions to a source of irritation, based on a subjective representation of their nature, it can be assumed that the cause of many ailments is created by us same program - our often inaccurate views on "how it can be."

For the disease need to see the person 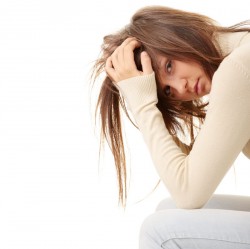 Quite incidentally our site remember Plato, whoHe argued that the whole can not be healthy if some part of it hurts. Psychosomatic approach is justified only when the disease is not considered "in the context" of the patient, and with it.

On the one hand, medicine has long been convinced of thethat inseparable physiology to psychology, and especially the perception of individual nerve provoke the appearance of his specific diseases. On the other hand, this area is so has not been studied, it has no right to claim the title of an independent branch. Even among doctors can be found fundamentally opposing views: some do not give proper attention to the concept of psychosomatic medicine, including its fabrication, while others are inclined to attribute to the category of all psychosomatic diseases, in addition to venereal.

Believe it or not, the fact remains: psychosomatic illness successfully cured only when care is obtained and the body and the soul. So that in addition to conventional treatment will not be superfluous to work with the psychologist or psychotherapist. What kind of tactics of treatment to choose, whether it is hypnosis, psychoanalysis, or meeting with a support group, you decide.