People with mental illness can be verydifficult to find its place in the world to find peace and meaning of existence. But this does not mean that this is not possible. The history of 26-year-old American Simon, told in the first person, it proves. 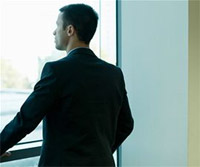 The world has always seemed to me too complex. I could not understand why people behave in a certain way, and was not able to act in such a way that it looked “normal”. I studied well at school, but I did not have friends, because I did not know how to make them. During compulsory school events, I sat out in the corner, wandering around the back streets of my inner world and paying little attention to what was happening around.

I learned not good enough at the university whereHe met his wife. And after graduation he got a job that I really liked. But I still could not shake the feeling that I was not a participant in life, but an outside observer, as if everyone knew huge secret, which is not shared with me.

Two years ago, my wife saw on TVa documentary transmission about Asperger syndrome and in the description of patients immediately recognized me. Suddenly, everything made sense. I realized why it’s so hard for me to give what others do on the machine, why I don’t understand the thoughts and feelings of other people, why I often feel lonely.

From that very day I began to study closelythe surrounding world. I gradually began to understand the body language and facial expressions of a person: before, I simply did not notice these signals. I read books on social interaction one after another and gradually developed my own set of rules for communicating with people. Of course, all this gigantic work did not put me on a par with those who did not think about how to start a conversation with a stranger or not to offend the interlocutor, but it became much easier for me to look “normal” in the eyes of colleagues and friends.

I will give an example. I could never understand how people can maintain a “secular” conversation about anything when the conversation has no other purpose than to have a good time. I was amazed that two people easily jump from topic to topic, not one bringing to any logical conclusion. After I worked on the art of talking, I was surprised how easy it is!

Studying the features of Asperger Syndrome, Ifound that what seems like a bullshit to me is hard labor for most people. For example, I see the amazing logic of numbers and I can instantly perform complex mathematical actions without effort, and ordinary people for the same thing require at best a piece of paper, a pen and some time, not to mention how often they make mistakes. I easily learn foreign languages: in addition to my native English, at the age of 26 I know French, German and Russian, and I study Dutch and Chinese. Where I need a few months, people need years and years of hard work.

Now it’s very clear to me that I don’t needpretending to be just like everyone else because I'm special. But it’s in my power to learn to behave in such a way that it doesn’t stand out from the crowd and does not look like a “black sheep”.

I did not change my job, but I go to the office onlythree days a week. The remaining two days I devote to study - I decided to get a degree in physics. Studying not only gives me a feeling of fullness of life, but also fully satisfies my “abnormal” craving for knowledge.

The most important thing that I realized is that I do not needtrying to be “like everyone else”, I have my own individual path of development. I live my life and achieve my own successes without comparing myself to others. Yes, I am different, and now I like it, because what I do and know makes me me.