Home>Pediatrics>"Live Attraction", or history of the infant incubators for newborns

"Live Attraction", or history of the infant incubators for newborns

It happens that the new invention seems strange and useless. Infant Incubator was recognized only after a fairground attraction "Children in the boxes." 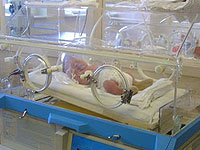 As often happens, the unknown and the invention"Eccentric" ordinary people seem strange and useless, its creator has not received applause, diplomas and awards. But the time to explain everything, and today without this device it is impossible to imagine any one neonatal intensive care unit. Due to infant incubators for newborns, the right to life have received millions of premature infants, previously condemned to death.


Hot oil instead of the womb

The idea of ​​the care of premature babies bornlong before the creation of the first incubator. Experienced women are entrusted with the obligation to take delivery, experience knew that the body baby, born prematurely, unable to maintain a constant body temperature, so a newborn baby wrapped up in a warm diaper and placed in a warm place.

eyewitness memories came to our time ofhow a premature baby in order to save the life wrapped up in cotton fabric and permanently placed in a bowl with olive oil, which was to keep warm and protect delicate skin from drying out and injury. Uneducated, no medical knowledge people intuitively understand what needs to be done to a premature baby survived, knew that he needed a comfortable and soft seat, nutrition, constant temperature and humidity - all the conditions that he is in the womb.


Let him live in defiance of the will of God

In 1891, summarizing the experience of the national scientificknowledge of French Lyon invented the first incubator for newborns. Lyon was an incubator box, in which pumps warm air to maintain the body temperature of the newborn. Tiny underdevelopment of the body, placed in a glass box, no need to waste energy on temperature regulation, it has been used to maintain the functions of other organs, and it has beneficial effects on survival.

In those days, a premature baby was takenconcern as to the fetus, which is the will of God was out of the womb, and as God's will be considered legitimate, took care of prematurely born little man, no more than an ordinary baby. These children usually die, but the invention Lyon, designed for the care of premature infants has not caused interest among doctors, maternity homes declined to introduce the strange apparatus, referring to the religious, financial and medical complexity.


Attraction "children in the boxes" 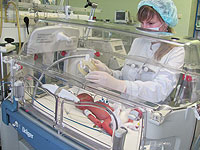 Faced with a lack of understanding of the medical, Lyon went the other way, he decided to put his infant incubator at the city fair.

Fair XVIII century was a strangea cross between a science fair, the cabinet of curiosities, the circus and the shopping and entertainment activities. On his crowds flocked to see the latest achievements of science and technology, have fun looking at the cheerful and clever circus, purchase products and industrial goods for their farms.

So incubator for newborn already flauntedin the middle of the town square. Interest of the people of this strange box obviously did not cause, the people passing by was not understood its purpose. Then the Lion turned to local hospitals to give him preterm infants doomed to death, explaining his request for the opportunity to save their lives. Placing children in the incubator, and assign each of them a nurse, nurse, Lyon continued its advertising campaign.

Naturally, the boxes with tinyhumans have caused unprecedented interest. People came to see the incubator with newborn several times, near Lyon pavilion queues. On the "attraction" with babies began to sell tickets, the proceeds was enough to pay the staff and work to modernize the incubator.

Rumors of the unprecedented success of incubators reachedIceland to Lyon soon joined by another pediatrician Dr. M. Kony, to facilitate the organization of the international exhibition infant incubators. So, in 1904, in Coney Island's Luna Park appeared pavilion, which sported a huge sign with the inscription «ALL THE WORLD LOVES A BABY» - the whole world loves children. The exhibition turned out to be the longest in the history of the park, she saved from certain death thousands of premature infants. Only in New York through incubators Lyon has been more than 6,500 babies. Decades incubator for physicians remained just attraction and only a magnificent success of the event and the amazing results (survival rate of more than 85%) made to the hospital, finally, buy incubator for newborns offices.

It is understood that at the time it was impossible to Lyonhope for the survival of a child with a 25-week gestation. This kid had to spend even as much as 15 weeks in the womb to obtain oxygen and nourishment through the placenta. He can not breathe on their own and alone maintain a constant body temperature here is not enough. Today, neonatologists and pediatric resuscitation learned to nurse premature infants born at 22 weeks of pregnancy.

According to modern concepts and standardsWHO, adopted in 1979, it is considered to be a potentially viable baby born at term of more than 22 weeks and having a birth weight of more than 500 grams. The literature describes the case of nursing preterm infants, born weighing 396 grams. 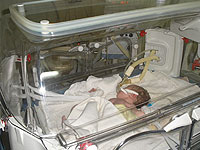 Modern incubator designed for nursingnewborns incubation method for creating an individual microclimate and oxygen therapy. "Maturation" in the incubator shown kiddies with 2-4 degree of prematurity, besides the incubators used for intensive care of weakened children.

Incubator covered with special transparentcaps having four holes on the sides of the hands of medical staff. Inside maintains a constant body temperature and high humidity. The incubator is provided with a ventilator, which is provided with an infant respiration if necessary. Children who have not yet developed sucking reflex, getting food on the nasogastric tube. With the help of numerous tubes and wires connected to the baby special measuring instruments, allowing to control the frequency and depth of breathing, heart rate, body temperature and other body functions. As soon as there is a deviation from the norm, a loud alarm alerts personnel about the necessity of medical care.

Incubator equipped with resuscitation,neonatal and therapeutic departments for the care of premature infants. Children with a low degree of prematurity conducted in incubators from several hours to several days, at a deep level - at nursing incubator stretched to weeks. During this time, who were born before the due date the children, with the help of doctors and with the invention of Lyon, have time to adapt to the new for them and is a hostile environment.