Psychosomatic disorders - Those various
manifestations of violations of the organs and body systems, which
arise and worsen under the influence of psychogenic (psychological
factors).

The criteria for distinguishing between forms of psychosomatic disorders
are: functionality reversibility duration
the existence, location, nature of the relationship with the peculiarities of the individual and
the specifics of the psychological factors that determine
the formation of these disorders.

Diagnostic criteria for the various forms of psychosomatic disorders:

In all cases, psychosomatic disorders in their pathogenesis we
We see the participation of autonomic dysfunction and expressed in varying degrees,
neurotic symptoms. The manifestations of asthenic syndrome symptoms
depression, anxiety and hypochondriacal inclusion are common
satellites psychosomatic disorders. 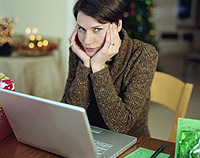 Psychosomatic reactions - A short-term changes in the
various body systems. These include: increased heart rate,
increased blood pressure, change in frequency and depth of breathing,
redness or paleness of skin, sudden muscle weakness,
short break stool or urination, and many others,
usually transient and physiological disorders arising
after psychic experiences. Probably psychosomatic reactions
It should also include a number of temporary changes, with the help of recorded
biochemical research methods: changes in blood sugar levels, it
coagulation or immune activity, etc.

Functional neurotic disorders various organs: the heart,
stomach, intestine, etc., are those functional
disorders which mainly concentrated in certain
agencies, and changes in these organs are clearly functional
the nature, and we can not find objective evidence of lesions
authorities.

For somatoform disorders characterized by: a plurality of permanent
complaints of unpleasant and painful sensations, the descriptions of patients
approaching senestopatii, functional disorders,
observed by several authorities, in the absence of objective
signs of damage. Clearly visible relationship complaints
patients with psychological factors. There are a variety of options
somatoform disorders: somatisation, undifferentiated,
conversion, pain, hypochondriacal, and dismorfofobicheskie
unspecified. In domestic psychiatry somatoform disorders
attributed to psychogenic pathology (including iatrogenic) and associated with
dynamics constitutionally - lichnostnostnyh characteristics of the patient.

The symptoms of conversion disorder clearly and symbolically
manifested personality traits of patients and the impact of traumatic
factor a.

The origins of classic psychosomatic diseasesto
which, as a rule, include: peptic ulcer
ulcers, asthma, hypertension, neurodermatitis,
non-specific arthritis, hyperthyroidism, and ulcerative colitis,
To determine the etiologic role adverse psychological
factor. It also exacerbates the disease, leading to relapse and
essentially paints the clinical symptoms of the disease. But,
objective research methods reveal organic damage
tissues of various organs, usually caused by prolonged
dysfunction of these organs.