What is a traumatic synovitis? How does this disease? The answers to these questions can be found in the article.

What is a traumatic synovitis 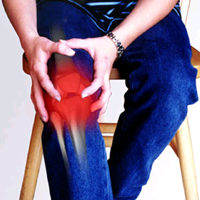 In acute traumatic synovitis unlikehemarthrosis joint increases in volume within a few hours or days. It is characterized by changes in joint form, flattening its contours, fever, tenderness, appearance in the joint cavity effusion, which is particularly well revealed in the knee patella balloting. Movement in the joint limited painful. Marked weakness, malaise, mild fever, accelerated ESR. Synovitis may complicate ankle arthrosis.

When purulent synovitis symptoms expressedmore sharply than in the serous. Characteristically severe general condition of the patient (severe weakness, chills, high body temperature, sometimes nonsense). The contours of the joint are smoothed, there is a reddening of the skin in the area of ​​the joint, pain, limitation of movement, contracture. Often found the phenomenon of regional lymphadenitis. In some cases, purulent synovitis process applies to fibrous joint capsule membrane purulent arthritis with the development of the surrounding tissue and joint. In this region of the joint is significantly increased, pasty tissue, the skin on the knuckles sharply hyperemic, shines. If the process involves the bones, cartilage and ligaments of the joint unit, develops panarthritis. Undertreated acute synovitis may recur.

Often accompanied by recurrent synovitischronic forms of dropsy (hydrarthrosis), in which as a result of constant pressure on the synovium develop malnutrition and its fibrosis, which in turn violates the outflow and the absorptive capacity of the synovial membrane. A vicious circle, aggravating synovitis and the development of degenerative processes in the joint.

Since the joint is a kind of authority withspecific features of metabolism and life, we must examine the morphological and physical-chemical characterization of the synovial environment in health and disease.

Synovial fluid is normally in its compositionIt has significant similarity to the blood plasma, as it is a source of formation of the synovial fluid (synovium). At the same time significantly differs from the synovium of blood plasma by a number of critical parameters. Thus, the protein content of the synovium is 3 times lower than in plasma, albumin and globulin ratio 3: 1, and in the plasma of 1: 1, the level of α-globulin 3 times lower than in plasma. Synovium unlike plasma contains no fibrinogen. Another important difference from the plasma synovium is the presence therein of hyaluronic acid, which has the ability to create complex protein-polysaccharide complexes that cause the viscosity of synovial fluid. The main source of the formation of GAM and proteolytic enzymes are coating the cells of the synovial membrane (synoviocytes). In addition to these components, in the synovial fluid of normal cells, there are numerous products of wear, the main substance of the coating synovium and articular cartilage of the joint entering the cavity during the life and subjected to lysis and resorption; are present as salts, bacteria and crystals. The composition of the synovium at different times and in different functional states does not remain constant. At the slightest deviation from the norm is changing dramatically quantitative and qualitative state of the cells, the chemical and physical properties of the synovial fluid.

Number knee synovium OKslightly - typically 1 - 2 cm, viscosity of 5.7 in arbitrary units, pH 7.7, osmotic pressure of 120-140 mm water. v. the number of cells per 1 cm from 13 to 200. When the number of pathological conditions of cells and increases sharply changing all parameters. There is no doubt the link between the total number of cells, viscosity and content of synovial phagocytes. Normally, the cells in the synovial tissue of origin prevail over the elements of blood (110: 100). For comparison, rheumatism (II stage), the number of cells not only increases sharply (1000 times or more), but also a qualitative change of composition: blood elements predominate over the tissue origin cells (100: 4), and among the first predominant neutrophils (average 68.6% for VN Luzin, 1970). Cytology reveals a lot of atypical cells, uncharacteristic for a normal synovial joint, as well as specific cells, characteristic of a particular type of pathology and the degree of development (eg, phagocytes rheumatism) process. Therefore synovium cytogram have great diagnostic value in various pathological conditions of the joint.

Microscopic serous inflammation of the synovialshell is characterized by marked vascular reaction. When synovitis with the transition to the chronic form or the original of its chronic course of the synovium thickens considerably, swelling, prone to fibrotic degeneration. When recurrent synovitis often thickened and fibrous capsule, a long-existing synovitis can lead to joint laxity due to sudden stretching of joints and ligaments.