The psyche of elderly man

Many noticed that in elderly peopleIt behaves not as a young man. Sometimes this may be a sign of mental disorders that sometimes occur in the elderly. Learn more about these disorders described in the article.


Having good mental health throughoutLife does not provide immunity to mental disorders in elderly and senile age. Mental illness of older people are much more likely than younger people and middle-aged. So according to the World Health Organization among the elderly 236 out of 100 thousand people suffer from mental illness, while in the age group from 45 to 64 years old - only 93. However, it is not necessary to think that old age is inevitably associated with deteriorating health, including mental. Many diseases of old age can be treated. It is important to be attentive to themselves and their elderly relatives and in time to see a doctor.


Mental changes in the elderly 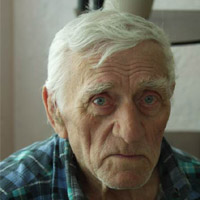 Meanwhile, elderly people turn to psychiatrists andpsychotherapists half as likely than the general population. People over 60 years old often do not notice their mental illness or are considering them as an inevitable result of aging. Unfortunately, it does there is an incorrect attitude and their relatives, all of which account for old age and think they still can not do anything.

A characteristic feature of psychopathologydisorders in the elderly and old age is a phenomenon of somatization, ie corporal expression of mental disorders. Such patients seek the help of general practitioners, who are not always able to recognize mental disorders in elderly patients, especially when it comes to depressive disorders and lung disorders of memory and thinking.

Do not pass by notable changes in behavioror the mood of their elderly relatives. These changes may be symptoms of depression and other disorders. Many diseases are accompanied by the elderly mental disorders, and are also needed psychiatric help. Proper treatment may improve the condition and return to an older man to a full happy life.


Neuroses in the elderly

Elderly patients are well representedvarious manifestations of neurosis, which are based primarily - the defeat of the brain vessels. Characteristic complaints of heaviness in the head, noise and ringing in the ears, dizziness, staggering when walking or getting out of bed, growing fatigue even with small physical exertion. It appears the need for a day of rest. Patients become irritable, impatient, can not tolerate noise, easy to appear tears in his eyes, there is memory loss, disturbed sleep. Assistance in such cases is usually done on an outpatient basis.


Depression in the elderly 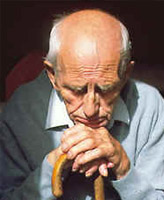 The most common mental disorderelderly - depression. Mood is lowered, characterized by an enduring sense of boredom or anxiety, a feeling of worthlessness, hopelessness, helplessness, unfounded guilt, loss of interest in former hobbies, family, friends, work.

Reduced mental capacity basedwhich is the inability to concentrate, memory loss, and total disruption of mental processes - can also be a manifestation of depression.

Depression can have somatic symptoms: loss, or conversely, increased appetite, insomnia or drowsiness, constant tiredness, constipation, pain, which can not be explained by any disease.

If you notice in yourself or someone in yourclose any of these symptoms, and they are held for more than two weeks - you must seek professional help. Modern psychiatry has a wide range of tools for the successful treatment of depression, and timely treatment will almost certainly return to human health.

If there are thoughts of death or suicide,I need help urgently! If your relative refuses to see a doctor on their own, insist and do not hesitate to resort to involuntary measures. When you try to commit suicide - call the emergency psychiatric care.


Dementia in the elderly

Dementia - a marked decrease in the level ofintelligence, associated with different brain diseases. At the same time there is memory decline leading to disorientation in the surrounding, confusion, inability to perform even the simplest intellectual operations. Such patients do not remember where they live, they can get lost in the street. In severe cases, there is a destruction of self-service skills: patients can not wash themselves, get dressed, eating lose skills and personal hygiene.

The cause of dementia in the elderly and old agemost often cardiovascular diseases (hypertension, carotid arteries, heart disease, etc.) and diseases of the brain, most commonly Alzheimer's disease.

Dementias effective treatment has yet been found, butin many cases it is possible to achieve a significant slowdown of the process, so it is important as soon as possible to begin treatment. And, of course, those patients in need of care and attention from their loved ones.

Pseudodementia called reversible mentaldisorders that look like dementia. Patients with symptoms of dementia is very important to show the person who will conduct a thorough medical examination of both mental and physical health. If symptoms of dementia are associated with some other factors, their removal is to improve the condition and recovery.

For example, depressed patients may sometimesresemble dementia patients. Plunging into their experiences, they seem detached from the outside, can not concentrate, lost in conversation. However, depression can be treated, and with it the symptoms of dementia go.

What is the age of an old man can be calledcritical to the manifestations of mental disorders? Watch out for the mental health of their elderly relatives. At any age people, including the elderly, can and should feel healthy.