Do not miss these symptoms: signs of urolithiasis

Acute pain, nausea, increasedtemperature, presence of blood in the urine, frequent urination - all signs of kidney stones, pictures of renal colic, forcing patient to take emergency measures. However, not always the pain of kidney stones are so strong character, sometimes constant and quite tolerant. To learn how to manifest urolithiasis, you will learn from this article. 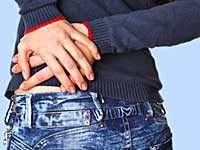 Clinical signs of urolithiasis or stonethe disease depend on the size largely shaped stones, the patient's age, lifestyle, nature, food and drinking regime, presence of concomitant diseases, disorders of urodynamics, duration of the disease and its complications. While kidney stones did not reach large sizes and are capable of self-excreted in the urine, and only the first manifestation of urolithiasis - sand in the urine. One day, handing it to the analysis, the patient can find at the bottom of the jar small stones, and the other symptoms of the disease can not be.

The progression of the disease and the growth of stones makingadjustments in history. Urolithiasis, the picture that was previously hidden from the patient begins to deliver a lot of anxiety, causing bouts of colic. The first signs of urolithiasis occur suddenly caught off guard and cause fear. What is renal colic, and how is it manifested?

Pain and other symptoms of urolithiasis

Renal colic - is a set of symptoms,from violations of urine excretion of pyelocaliceal out renal system. The occurrence of renal colic is associated with wedging stones at the mouth of the ureter and its progress downwards towards the bladder.

Occurs in this case a violation of urodynamicsIt causes an increase in pressure of urine in the kidney, stretching its capsule, parenchyma compression causes severe pain, symptoms of intoxication and various reflex reactions. 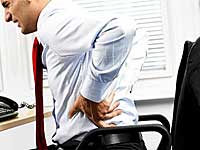 Pain in urolithiasis can wearvarying degrees of severity. In 7-12% of cases, they do not disturb the patient or are dull character. Usually, this picture is erased in history typical of the "coral". Urolithiasis in the presence of acute pyelonephritis appears large stones and constant aching, aggravated by movement in a certain position of the body.

The occurrence of pain associated with kidney stones incase of renal colic attack is provoked by prolonged walking, shaking, abundant fluid intake, but in the case of the classic colic pains are acute, and little change with the change of body position.

At the first signs of an exacerbationstone disease is localized pain in the lumbar region, especially on one side. She gives in the abdomen, often accompanied by nausea, vomiting, delayed stool or diarrhea. Despite the fact that urination becomes more frequent, the amount of urine is reduced.

In addition to the pain associated with kidney stones often observed hematuria and pyuria.

As the attack of urolithiasisthe first signs are complemented by the phenomena of intoxication. There is weakness, dry mouth, headache, increased body temperature, there is a fever, which often mask urolithiasis. Painfully picture resembles food poisoning and irradiation of pain down along the ureter resembles acute appendicitis. Only an experienced physician and additional methods of research can identify the cause of illness and sort through the entire history of the disease. Kidney stones do not accept self as its complications such as pyelonephritis, hydronephrosis, arterial hypertension, chronic and acute renal failure is not harmless to health. 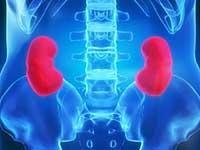 Renal colic is stopped suddenly, as soon asstone finishes its way through the ureter and into the bladder falls. If calculus sizes larger than 0.5-0.6 mm, it is not able to penetrate into the ureter and the pain stopped as soon as it changes its position. If the stone remains in the ureter, due to the full blockade of the kidney may die, so competent and timely treatment is important in urolithiasis.

Difficult and complicated history of the disease -urolithiasis in the elderly. The typical renal colic at the age of patients occurs in 3 times less than that of young people, due to a decrease in the tone of the ureters. In 30% of cases occurs "painless" urolithiasis, pictures drawn by pyelonephritis, hypertension and renal insufficiency mask symptoms of kidney stones, and often lead to critical situations.

How to get rid of cystitis? Traditional methods of treatment