Hypospadia most often does not require special diagnosis - the disease perfectly will determine anyone. The main task of diagnostics in this case is the definition of the period and type of operation. Read more about the diagnosis and optimal timing of treatment, read in the article.


How made a diagnosis of hypospadia 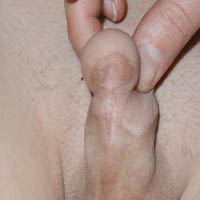 The diagnosis of hypospadia, as a rule, is put after a thorough medical examination of the newborn in the first days, weeks or months of his life. Often, the hypospadia becomes a serious problem for a teenager or adult man when it is starting to excite the appearance and function of the penis, as an organ of urination and sexual activity. When the pediatrician reveals hypospadia, he directs a child with parents for the consultation of a children's urologist, a specialist in surgical treatment of hypospadium.

Teenagers and adult men often turn to the urologist on their own initiative. Children or adult urologist conducts a thorough examination of the patient with hypospadhery. Inspection and examination plays a leading role in the diagnosis, during which attention is drawn, first of all, on the location of the outer opening of the urethra, its shape and size. The degree of curvature of the penis and skin deformation is estimated. Parents or the patient himself finds out the nature of urination and the degree of its violation, as well as the degree of curvature of the penis during the erection. In adult patients, it turns out the degree of inconvenience and discomfort at the sexual act, and whether sperm falls during ejaculation in the vagina. If the patient was previously operated on, the nature of the operation was found out, the degree of violations and complications is determined. Additionally, such special studies are conducted as urestroscopy, urethrography, ultrasound examination of urethra and others. Before the operation, a standard preoperative study is performed, the nature and features of the anesthesia during the operation are determined.

Historically, the technically optimal age of the surgical correction of hypospadias was determined by the following main factors:

Currently, the optimal age for hypospadia correction operations is considered from 8 months to 3 years. Some surgeons believe that the optimal age is 6 - 9 months, when the child does not go, and the psycho-emotional effects of operation are the most minimal.

Hydrocel in children in questions and answers