Thrombocytopenia - (from the Greek, and platelets. Penia - lack of) - a decrease in the number of platelets per unit volume of blood. How is the treatment of this disease? The answer to this question you will get in the paper.

Thrombocytopenia can be independentdisease or a symptom of a number of pathological conditions (both acquired and hereditary): it may be caused by increased platelet destruction, increased consumption of or inadequate education.

In most cases of thrombocytopenia are acquired. They vary depending on the pathogenesis and causes of damage to platelets or megakaryocytes. 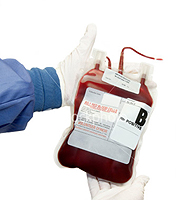 In patients with thrombocytopenia at a blood testmarked decline in the number of platelets up to complete disappearance, normal or high content of plasma coagulation factors, reduced consumption of prothrombin, a violation of a blood clot retraction (retraction is sometimes absent). In severe thrombocytopenia in most patients, bleeding time increased. Because of the increased capillary fragility associated with impaired angiotroficheskoy platelet function tests on capillary resistance, such as Jar test, sharply positive. In the diagnosis of hereditary thrombocytopenia plays an important role of platelet morphological analysis (their size, structure), the determination of their functional properties.


How is the treatment of thrombocytopenia

All patients with any signs of hemorrhagic syndrome should be hospitalized.

With an increase in the number of subcutaneous hemorrhagein the monitoring of patients and / or accession bleeding shows hormone therapy. Prednisolone as initial therapy administered in an average daily dose of 60 mg / m2 (corresponding to 2 mg / kg per day) for 3 weeks to 3 times a day (600, 1000, 1400), taking into account circadian biorhythm - 2/3 prednisolone daily dose given in the morning hours.

Upon reaching full remission dose prednisone is reduced to 5.10 mg 3 days and discontinued.

All patients should be excluded and aspirinother antiplatelet and / or anticoagulant. Do not make an intramuscular injection. Vaccination eliminated and allergens (including nutritional), since they can increase the degree of thrombocytopenia. Sport activities must be stopped to prevent the possibility of injury. Swimming in this sense is more secure. If the patient has a reasonably active lifestyle requires symptomatic therapy: alternating courses of herbal medicine (nettle, yarrow, rose hips, shepherd's purse, arnica, etc..) With angioprotectors (Dicynonum - 1 x 3-p etc., Magnum With 0,25-0.. 5 x 1p., traumel 1t. x 3 p.).

It must be emphasized - treatment should be carried out individually.