Home›Endocrinology›Past, present and future of diabetes

Past, present and future of diabetes

Speech in the article will go about how diabetes has become sugar, as they tried to treat him earlier, how to treat now and what are the prospects in his treatment.

Sugar diabetes was first described in I in. N. NS. Roman doctors Celsius and Art, which noted in some patients abundant urinary, excessive thirst and weight loss. People tried to find any treatment of diabetes, they could determine the symptoms of diabetes, but the causes of the disease were unknown. Those who have had diabetes have been detected, were doomed to death.

IN 1776. The English doctor Dobson (1731-1784) found out that the sweet taste of urine patients is associated with the presence of sugar in it, and since then diabetes, actually, became known as sugar.

WITH 1796. Doctors began to say that a special diet is needed sick diabetes. For the treatment of diabetes began to use exercise

IN 1841. was first developed a method for determining sugar in urine. Then learned to determine the level of sugar and blood. 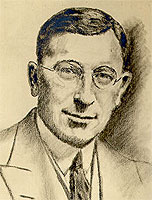 But the turning year in the history of diabetes mellitus was 1921 - it was then that the young Canadian scientist Frederick Banting and a medical student Charles Best was allocated from the pancreas of Dogs Insulin. Birthday Banting, November 14, is celebrated as World Diabetes Day Day. Subsequently, the Banting learned to receive insulin from the pancreas of cattle, and in 1922. Scientists decided to introduce the resulting substance to a person.

The first patient who received insulin was 14-year-old Leonard Thompson, hospitalized to the city hospital Toronto in serious condition, with a level of glucose 28 mmol / l (normally the amount of glucose in the blood should not exceed 5.5 mmol / l). This bold intervention saved the boy life and opened a new era in endocrinology. In 1923, the Bunting and the head of the laboratory, MacLeeod, were awarded the Nobel Prize.

Inside, insulin was extracted from the pancreas glands of pigs and cattle, and those who sick diabetes have long been possible, may remember the times when there was pork and bullish insulin in the go (and the pork somewhere to this day). But today, diabetes is mainly treated with human insulin obtained by genetic engineering methods (introducing insulin gene with intestinal wand or yeast cells).

If targeted searches led to the discovery of insulin, then one of the main groups of sugarpponent tablets - derivatives of sulfanylmic - were found randomly: in 1942. During the title epidemic in Montpellier, French doctor Janbon treated his patients with a new antimicrobial drug. Some of them unexpectedly developed convulsions and coma, and three patients died.

Some of these patients became better after intravenous glucose administration, from which the correct conclusion was made that the drug reduces blood glucose level. Further experiments with this drug led to the creation of the first sucroponizing agent for intake - Buccarbana (maybe someone's grandmother had yet managed to be. Today, we are in service with doctors there are much more advanced representatives of this group of drugs, primarily Glyibenklamide (Maninyl), glyclaside (diabeton) and glymepiride (Amaril, Glemaz).

Another well-known sugar-remedy - metformin (glucophage, syphorn) was obtained from substances allocated in the middle of the XIX century from a plant called Drug Toyga (Galega Officinalis), which was used to treat diabetes even in the Middle Ages.

Nowadays, there are not only a search for new sugar-remedy products, but insulin therapy is constantly being improved - new insulin preparations are created, new methods of its introduction are being developed, the pancreatic transplantation and separate island cells producing insulin are being developed.

The end of the last century was noted by creating analogs of insulin obtained by minor changes to its structure. The first analogue of insulin, which has an ultrashort effect - Lizpro-insulin (Humalog) - was synthesized in 1995. ELI LILLY. And today, along with an analogues of insulin of a short action (Humalog, Novorad) there are also analogues of a long-term action (Lantus, Lemmir). 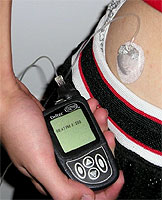 In addition to the new drugs, insulin, today the patient and the doctor-diabetologist appeared devices that saved patients from daily multiple injections. These are wearable insulin dispensers, or insulin pumps.

These small devices provide a constant introduction of a short or ultrashort insulin through a thin plastic catheter. As a rule, the catheter is introduced under the skin of the abdomen, and the pump itself is attached to the belt. They are not only easy to use and provide a patient with the greatest freedom of action, but also most accurately imitate the level of insulin in the blood of a healthy person.

However, in order to use such a pump, it is often necessary to independently determine the level of glucose in the blood and be able to calculate the insulin dose depending on the results, physical activity, quantity and composition of food. The main drawback of the method is the high cost of the pump itself and consumables.

In addition, the methods of introducing insulin are constantly being found, which would allow to do without injection. Unfortunately, with these methods, only a relatively small part of the administered dose comes into circulation. These include aerosols (excerry) and sprays in the nose (tested in the USA).Trying to create and tableted insulin, but these attempts have not yet been crowned with success.

You can say - why can not just take and transplant the pancreas? It is possible, but this operation is carried out only by patients with type 1 diabetes with severe diabetic nephropathy («Diabetic kidney») and only in combination with kidney transplantation.

Transplantation of isolated islands of pancreas or islet cells is also used, but it is a less effective method of treatment. In addition, under the methods of gene and cellular engineering are trying to obtain insulinsecting non-styling cells (for example, skin cells), which are built into genes that regulate insulin secretion depending on the glucose level.

Such cells are planned to be used for transplantation or to create artificial pancreas. 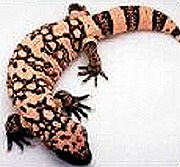 The portrait of the lizard fell into the article by no means mistake. She wears an ominous name of the nucleation, and her bites - really a very unpleasant thing. However, in addition to poisonous teeth, it is also interesting and what he eats only 4 times a year (although it is not clear who thought it happened) and at the same time he feels great.

From the saliva, this lizard highlighted a hormone that stimulates the secretion of insulin after receiving carbohydrates, and on its basis a new drug was created for the treatment of insulin-dependent diabetes mellitus - Expensid (Baeta). The drug is introduced in the form of injections in combination with other sucroping media for treatment of diabetes.

In the treatment of type 2 diabetes (insulin-dependent), other professionals are opened:

It is well known that it is impossible to cure diabetes mellitus, but, using the achievements of modern medicine, the disease can be controlled and live a full-fledged life, for many years while maintaining disability and well-being. be healthy!