Iridocyclitis and its types

Such a disease of the eye as an iridocyclite is most often found among people of the very working age - from 20 to 40 years. What is iridocyclite? What it happens? These issues are covered in this article.

Endogenous iridocyclites arise as a result of hematogenous driving pathogens into the fabric of the iris and ciliary bodies.
The pain is determined by the inflammatory process in the iridium and the ciliary body (iridocyclite), less often - isolated in the iris (Irit). 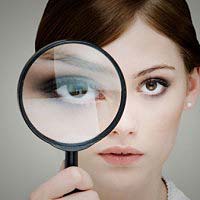 Negunulmatous iridocyclites are characteristic of infectious-allergic and autoimmune processes. They are characterized by swelling, fibrinous exudation of the iris and ciliary bodies.

Iridocyclites have a varied clinical picture, which depends on factors that caused iridocyclite. The usual symptoms of the disease are pains spreading in the course of a trigeminal nerve, pain in palpation of the eye and the appearance of ciliary (deep) purulent-pink injection of the eyeball. Rainbow shell always edema, hyperemic, can be greenish or rusty, drawing its fuzzy, pupil is narrowed, spikes often arise between the pupil edge of the iris and the front handbag.

Toxico-allergic iridocyclite, in certain diseases of the body, has a very characteristic clinical picture.


Rheumatic iridocyclite is manifested by moderate swelling and rideward shell hyperemia, especially in the field of its sphincter. The flow of rheumatic iridocyclitis is relatively favorable. The process can recur. It is amazed more often.

Gouty iridocyclite arise in the elderly as a result of the toxic effect of uric acid and its salts on the fabric of the eye. It usually begins suddenly as an attack of gout. In the early stage there is a defeat of the deep layers of the iris and ciliary body. Current recurrent course. The process may complicate the turbidity of the vitreous body.

Honory Iridoocyclitis more often develops as a toxic and allergic process and less often - as metastatic.

Toxic-allergic iridocyclites that have no specific features may arise due to the impact on the vascular path of the toxic decay products of the intraocular tumor, in patients with retinal detachment.

Purulent iridocyclite usually develops on 2-3 days after injury, it takes hard. Distribution of the process to the backyard of the eyeball leads to endophthalmitamit and panophettitamit.

The main thing is to eliminate the cause


If the iridocyclite is suggested, you must immediately consult a doctor. Treatment should be directed against causing iridocyclite causes and is carried out as directed by an ophthalmologist.

Prevention of iridocyclitis - treatment of the underlying disease, eliminating foci of infection (shanction of the oral cavity, treatment of tonsillitis, inflammatory diseases of the apparent sinus nose).

Iridocyclite in its treatment usually ends with recovery with recovery. In some form of iridocyclitis, such as rheumatic, relapses of inflammation may occur, which often lead to a resistant reduction in view. In case of seriously current iriticality, complications may develop in the form of an infection of the pupil organized by the exudate (liquid), the increments of the pupil edge throughout the lens bag, resulting in a secondary glaucoma. Usually, if you do not resort to surgical intervention on time, this complication leads to blindness.