Phrase «Diffuse Pancreas Changes» not so scary as it may seem at first glance, although not quite understandable. What «Diffuse changes»? These are not single, but common, covering the large area of ​​metamorphoses that occur with the tissues of the pancreas. Usually they are located near, come into contact and penetrate each other.

Diffuse changes in the pancreas should be understood as not as a diagnosis, but as a certain state of the body that has arisen for any reason or other reasons. This phrase can be heard in the Ultrasound Cabinet or read in the survey results. Only a doctor who has appointed an ultrasound of the pancreas may, after all surveys, explain their appearance from a particular patient and predict possible consequences. Only on the basis of its conclusions, you can put the final diagnosis and understand how much treatment is needed.

With the help of ultrasound, the density of tissue of one or another organ, size, shape, possible formation is estimated. When the density of the structure of the pancreas varies evenly, they are talking about the changes in the diffuse nature in the organ. If such changes are found, it means that it suggests that acute lesions and formations, such as cyst, tumor or stones, was not detected.

Changes in the pancreas are different in the degree, reason and nature of formations. Pancreas consists of two types of fabric: connective — stromas and hardware — Parenhima. Beginning inflammation in the gland affects the parenchyma. It immediately reacts to the resulting pathology, sealing, eats, increasing in size and changing the structure of the tissue. Parenchima is responsible for the main functions of the whole gland:

Any inflammation violates metabolic processes in the gland. Changes in pancreatic parenchyma do not allow it to fully cope with their intracerecretory «work». This leads to either a change in blood sugar content, or to the formation of fat cells.

Pancreas is subjected to the following metamorphosis:

Anatomically pancreas, being right, closely related to the liver and bubble. And as old good neighbors all these organs affect each other: the slightest problems of the gallbladder, liver and pancreatic changes lead to violation of the work of the entire system. Therefore, after ultrasound, it is necessary to make urine tests, blood, gastrointestinal tract.

The main reasons for diffuse changes in the pancreas 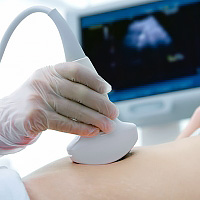 There are several reasons provoking diffuse changes in the pancreas:

Diffuse changes in the pancreas — This is not a reason for the appointment of medical events. Diagnostic conclusion of ultrasound without additional explanation does not say anything and should not be acknowledged by the patient. However, that this conclusion is as accurate as possible, the patient requires proper preparing for research. Pancreas is located deep under the stomach that covers it. The intestines and the stomach can be swollen from gases, interfering well to consider fabric and contours of the gland. The doctor must acquaint the patient with the list of products that cause gas formation and which are not recommended to use a day before survey.