Home›Gynecology›How to choose the method of contraception?

How to choose the method of contraception?

Choosing a method of contraception depends on age, physiological features and women's health. The main role in determining the prevention method is played by the age of women.


Doctors distinguish between several age groups for which various types of contraception are recommended.

Contraception up to 19 years

Hormonal contraceptives are considered the most suitable age for this age. As a rule, they are started to apply two years after the onset of the first menstruation. However, such funds are contraindicated in obesity and serious diseases of the heart and blood vessels. 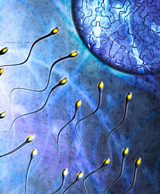 The World Health Organization recommends that the girls of this age combined contraceptive pills, while the best three-phase suitable («TRVCVILAR», «Three regrol», «Triciston») and single-phase («Silest», «Femoden», «Microjinon», «Riguevidon», «Marvelon») Preparations. They are less than others affect the female organism and do not break the menstrual cycle.

During this period, women are suitable for almost all prevention methods, but the whole of all-acting means are used. They are relatively cheap and do not require constant self-control required when taking birth control tablets.

Hormonal contraception is widely used, which plays an important role in the prevention of menstrual disorders, infertility, endometriosis. Substressable combined drugs are considered the most safe for this age group.

In this age, intrauterine equipment is also preferred, however, they can be contraindicated in the diseases of the cervix and body of the uterus (erosion, misa and t.D.).

For women, 35-40 years old hormonal means implanted under the skin and injected in the form of injections. Their advantage is that intramuscular administration (1 time in 3 months) or impact under the skin (1 time in 3-5 years) requires a much smaller self-control than daily reception of tablets. The most common preparations of this group are «Depot-provision», «Norplant» and «Narplant-2».

Another option may be surgical sterilization, after which the recovery of the parent function is almost impossible. Such an operation is carried out endoscopically (through a small incision of the skin with special tools based on optical fibers) and a slightly harder than ordinary abortion.

After 45, menopause (Climax) comes in women. However, many remain regular menstruation, so contraception is necessary at this age. The main difficulties in choosing a prevention method in this age group are due to a number of risk factors (excess body weight, smoking, concomitant diseases, etc.).

Intrauterine tools for women at the age of 45-50 years are often contraindicated due to various diseases (myoma of the uterus, pathological changes in the cervix and T.D.). In such cases, doctors recommend hormonal contraception, which differs not only by high efficiency, but also therapeutic properties under a number of gynecological diseases. Women using this method are less susceptible to osteoporosis, ovarian cancer and uterus.

However, low-volume drugs of the last generation «Femoden», «Marvelon», «Silest», «TRVCVILAR», «Three regrol», «Triciston») There are much fewer side effects, so their application is not only possible, but also useful. Doctors also recommend injections and impact of contraceptive drugs under the skin. After 45 years, surgical sterilization is also possible.