Amnesia - the inability to memorize and remember (persons, dates, events). As amnesia manifests? Read in our article! 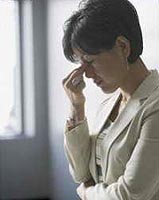 From time to time in the newspapers there are reports of people who «forgot», what are they. Such people do not remember anyone and nothing from their past, including their name. We say that such people suffer amnesia.

We all have negative emotions from time to time. We feel offended, evil, disappointed or scared for some reason. When we are experiencing emotional tension, we need to do something about it. For example, the simplest thing is to scream, redheate or get cold later.

In fact, such things are happening in addition to our will. This is considered normal reactions, since this can happen with any.

But a person can respond to an emotional load and otherwise. Instead of turning the face to the problems who knocked him out of avala, he tries to behave as if he was not disturbed by him. He «Beste» from problems, «Protecting» yourself thus from emotional tension.

One of the types of such a reaction is amnesia. A person simply behaves in such a way that everything worries and upset him, not happened to him, but with someone else! He «Forgets» His alarms.

Forgetting it, he forgets many other things related to his alarms - including their name! Man just can't remember anything about his past. But in the present it can focus quite normally. He lives and works like any other person and may not attract any attention.

Sometimes a person suddenly, in itself, comes to himself after amnesia. In many cases, however, the patient should help recover a psychiatrist. It is curious that after amnesia passes, people do not remember anything from those who happened during her.

Amnesia can develop with the following states:

Elderly age is sometimes combined with a slight decrease in the ability to memorize current events and names, although the majority of older people have a normal memory. Inability to remember sometimes the name or word may be normal and is not a sign of emerging dementia.

Temporary memory loss can be with an epileptic attack or loss of consciousness due to various reasons. Amnesia sometimes develops after strong emotional stresses without being a symptom of neurological disease.

Need to go to the doctor if