Home›Pediatrics›Children's cerebral paralysis that is

Children's cerebral paralysis that is

Children's cerebral paralysis (cerebral palsy) is an example of a diagnosis that sounds for parents of children by a sentence that does not give hope for a full life. In such cases, parents explain that drug treatment will not give anything and offer physiotherapeutic measures, social and psychological adaptation.


Children's cerebral paralysis (cerebral palsy), a disease caused by the lesion of the brain, usually manifested in early childhood and characterized by motor disorders: paralysis, muscle weakness, coordination disruption, involuntary movements. In case of children's cerebral paralysis, the defeat of the motor and a number of other centers of the brain is reflected on the muscle activity of the extremities, head, neck or body. The severity of symptoms depends on the prevalence of brain defeat and hesitates from light, barely noticeable to extremely heavy, resulting in complete disability. Epileptic seizures, mental delay, perception and learning difficulties may be observed. Sometimes vision, rumor, speech, intelligence. Although a child with children's cerebral paralysis often impresses the mentally retarded, it is not always true. The disease is not inherited and is not the immediate cause of death, but helps to reduce life expectancy. Specific therapy does not exist.

States close to cerebral paralysis can occur at any age after infectious disease, stroke or cranial injury. Children's cerebral palsy is usually caused by defeat or injury of the brain to childbirth, during childbirth or immediately after them. In many cases, the true reason remains unknown. To the number of prenatal (prenatal) causes include infections during pregnancy, preeclampsia (late toxicosis of pregnancy), incompatibility of the mother and fetus on the blood factor. Others, moreover, premature childbirth, asphyxia of newborn and generic injury are used by the most reasons for children's cerebral paralysis. With very low weight newborn, the probability of the disease increases significantly. After delivery, the brain damage is due to the cranial injury or infection, for example, meningitis.

On localization of symptoms, four forms are distinguished:

Treatment of children with children's cerebral paralysis is carried out primarily by training physical and mental functions, which allows to reduce the severity of the neurological defect. To improve muscle function, physiotherapy and labor therapy use. Speech therapy assistance and hearing correction contribute to the development of the patient's speech. Clamps and other orthopedic devices facilitate walking and maintenance of equilibrium. Mentally retarded children should be trained within their capabilities. Long termary therapy includes education on special programs, psychological counseling, development of communication skills, flexible system of vocational training, recreation and entertainment. Sick cerebral palsy needs comprehensive care. It should be supported by his desire to maximize oneself in life. Parents are played key role in the treatment, which require psychological support and specific recommendations. 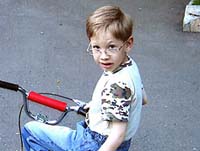 Dako for many diagnoses «cerebral palsy» sounds like a death sentence - after all, such a child has practically no future. Most fathers of children, patients with cerebral palsy, leave the family, and moms remain alone with trouble. Some parents give such kids to parenthemia and grandparents or in the house for disabled, as they know that this disease is completely impossible to heal. But still there is an opportunity to improve their condition.

Raise and care for sick cerebral palsy (cerebral palsy) is very difficult. Some of them can not move their hands and legs. 10 - 15% of patients with cerebral palsy do not chew and do not even swallow - they are feeding them with a coat of food through the probe. In 50% of cases, they lag behind normal children not only in physical, but also in intellectual development.

Child cerebral paralysis is not inherited, and develops due to oxygen fasting (asphyxia or hypoxia) and the injuries of the child's brain during the period of intrauterine development, as well as during childbirth on the background of premature or transferred pregnancy in the inconsistency of the sizes of the generic paths and heads of the child. Brain injury may be the most different: damage to the skull, brain fluid, so-called bruises, hemorrhages, hematomas of different parts of the brain.

Factors that lead to pregnancy pathology can also influence the emergence of the baby cerebral paralysis. These include: Mom's injuries during pregnancy and childbirth, raising radiation background, genetic diseases such as diabetes, endocrine disorders, brain circulation disorders in the fetus, pregnancy toxicosis, pregnancy interruption, extragenital diseases of the pregnant woman, the incompatibility of the blood of mother and fetus , cursing fetal umbilical cord, vascular diseases of mothers (atherosclerosis, hypertension, ischemic heart disease), hypovitaminosis. The occurrence of children's cerebral paralysis in a child may also be irrational eating mothers during pregnancy, infectious diseases leading to intrauterine encephalitis, meningitis, resulting in the destruction of the cellular structures of the fetal brain.

Recently, such healthy children began to be counted for this risk group, which upgraded pathology of brain damage arose. In this case, the pregnancy of mother and childbirth went fine, but in the first months after the birth of the baby fell ill, say, meningitis, or my mother fed his products that did not correspond to his age (for example, in six months he often gave smoked fat), as a result of which the child has infected Salmonellosis, clinical death, brain death and, accordingly, - specific neurological symptoms.

Violations in the development of a child suffering from cerebral palsy, depend on the severity and localization of the focus of brain damage: persistent motor disorders and impaired muscle tone in the limbs, pathological installations of postures (deformation of the spine and limbs), as well as violations of psychoreshide functions. Characteristic are: double spastic arms and severe form of oligophrenia (mental underdevelopment); spastic palace of legs with their crossroads (Little disease); Increased muscle tone with involuntary movements and satisfactory development of intelligence; Low muscle tone, often with convulsive seizures, growth slowdown and reducing the length of the limbs, as well as deep mental (most often mental) disorders.

But there are cases when doctors are diagnosed «Encephalopathy» (small-scale brain damage) child up to a year on the basis of specific features in the behavior of a newborn: this is either the oppression of the functions of the central nervous system, suppressing the toddler reflexes, or, on the contrary, increased excitability. Why? Children have very large reserves of internal decompensation - after a year, watching such a child, and you will not say that not so long ago, he suffered from severe brain injury. If it were not for this feature of the children's body kids, patients with cerebral palsy, would be much more.

Neurologists, like neonatologists, begin to treat such children from the first months of life: neurologists conduct rehabilitation treatment, neurologists - intensive therapy. If after a year the child does not sit, does not go, does not say, it has various mental deviations, then after a thorough study of the peculiarities of its development, when there is no doubt about the sustainability of the neurological situation, the diagnosis is made: children's cerebral palsy.

Complex conservative treatment aimed at normalization of the brain, restoration of metabolic processes in the nervous tissue in the early stages in the delay in the development of primary hearing and visual approximate reactions, as well as with signs of voice development disruption, gives a positive effect. Apply various treatment: massage, gymnastics, orthopedic events. Gymnastics as an autonomous course of treatment are prescribed to sick children as early as possible and only with the light shapes of children's cerebral paralysis with minimal functional changes in the brain work, when the child is a little behind in developing from its peers.

Operational treatment is applied only after reaching a child of the three-year-old age. Prior to this, it is necessary to use all possible options for complex treatment. In compliance with such a condition for surgical treatment, 2/3 of the operated children occurs a significant improvement in the motor functions of the limbs. As a result, the child can sit confident, move in space, serve itself. 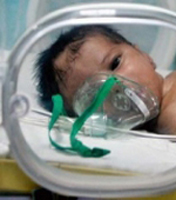 Children under three years old do not bear the operation on the brain. The surgeon is easier to carry out the operation of the kid, who before it went and ran, and much harder when he is only three or four years old, or never moved in his life at all: such a child has untrained heart and lungs. After all, in weak lungs it will be necessary to insert the intubation tube, and the heart will have to withstand a large load that anesthesia gives. In the child over three years old, the lack of movement is more or less compensated at the physiological level.

What includes operational treatment? Neurosurgical intervention - the preparation of the head and spinal cord, as well as surgical manipulations on the roots of the nerves (on the nervous system), orthopedic intervention, eliminating the deformations of the muscles and bones, which allows you to compensate for the motor disadvantages of the cuddle of the baby with children's cerebral paralysis.

Conducting operations on damaged sections of the child's brain consists in transplantation of embryonic brain tissue, taken from post-fear fruits of the embryo (actually deceased child), and the relevant tissue of the brain tissue with children's cerebral paralysis. In 60% of the operated children, the transplant carries out without any complications. Such children soon begin to walk, sit, follow themselves, and some successfully learn to read and write.

Of course, there are cases when the transplanted brain tissue is rejected and the child remains the same as before the operation, and not a fabric fabric simply absorbed. The re-transplantation of brain tissue transplantation makes only those children who have helped previous surgical intervention.

If the child has a very strong muscle tone (when it is impossible to disintegrate neither leg nor hand), operation on the spinal cord (radipotomy) is performed: rear sensitive nerve roots are cut. Due to the discharge of the reflex arc, due to which the muscle tone weakens, and the movements of the limbs become less compound, violations of the posture are eliminated, which increases the motorcycle.

In the postoperative period, mothers are trained by special gymnastic exercises that can be done at home with a child. Physiotherapy and pharmacological procedures are also appointed, the action of which is aimed at resuming the motorcycle and supporting functions of the kid limbs. The rapid rehabilitation of the child in the postoperative period also contributes to the long-term use of orthopedic devices assigned by the attending physician.

Training such a child to walk, parents experience an irresistible desire to help him: hold hands, under the mouse, protect the rear. But all this only gives away from the goal - to achieve a maximum rehabilitation effect. The child is literally from the first steps you need to learn to count only on yourself.

Therefore, it is not recommended: