Failure to infection with tuberculosis comes from adults, patients with open light tuberculosis. The sputum of such patients contains tuberculosis sticks, which cause the development of the disease. When inhalation of air with the smallest droplets of sputum may occur.


Children and adults can get tuberculosis only if the microbes of this disease fall into their organism. The main source of infection is the patient whose sputum contains tuberculosis microbes - tuberculosis sticks.

Those forms of pulmonary tuberculosis, in which tuberculosis sticks are found in the sick wet, are called open (bacillina) forms.

Ways of infection with tuberculosis in childhood 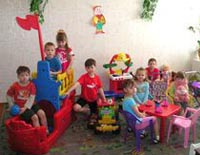 Children are most often infected with adults, ill-dimensional lung tuberculosis.

Most of all the dangers of infection kids whose parents or persons who care for the child are sick tuberculosis and do not comply with precautions.

If such patients do not close the mouth or nose with a handkerchief with cough, sneezing, sometimes when conversation, they splash around themselves a large number of wet droplets containing tuberculous sticks. Located near the sick child, inhaling with the air the smallest droplets of sputum, can be easily infected with tuberculosis. But this is not the only way of infection.

Sprinkling sputum sends on objects, furniture, clothes and on the floor, dry and rises in the air together with dust. Children can be infected with tuberculosis, breathing in contaminated dust, as well as because, touching the floor with their hands, pollute them with dust containing microbes. If they take, then eating these hands, then the microbes can get into their body through the mouth.

Especially easy can be infected with small children who are allowed to crawl on the floor in the room, where there is a tuberculous patient, not observing the rules of personal hygiene.

Tuberculosis can also be infected with direct contact or the use of things to which one or another, the patient's sputum falls (nasal shawls, underwear, towel, pillowcases, blanket, patient dishes).

The child's health is especially exposed, if the precautionary rules do not respect the patient with tuberculosis Mother.

Mechanism for the development of the disease in children

What happens if tuberculosis sticks penetrate into the body's body?

In most cases, the body successfully struggles with microbes, due to which the infection of tuberculosis does not cause disease, passes unnoticed and ending favorably. But if the organism is weakened by anything, then tuberculous sticks that have a blood flow in certain organs can cause tuberculosis disease. In this case, in the bodies where sticks can penetrate, - lymphatic nodes, or, as they were previously called, lymphatic glands, lungs, bones, intestines - small inflammatory affirms, so-called tubercles are formed.

That is why the disease is called a tuberculosis, or a Latin word «tuberculosis».

In the future, if the disease proceeds favorably, tuberculous tuberculos (chairs), formed in organs and tissues, are resolved or chopped.

Crubced foci can exist throughout the human life. Within them can remain tuberculosis sticks, not causing any harm to health. But if for some reason the body's protective forces weaken, the painful process in these foci can resume, tuberculosis sticks will again begin multiply, and this will cause an acute outbreak of the disease.

The body's resistance in relation to tuberculous chopsticks can be reduced if the correct mode is not respected,. E. The child will get sick with a tubellic meant when it is not secured with full nutrition, not sleeping enough, eats irregularly, it is not enough in the fresh air. Thus, to prevent the child's disease with tuberculosis, it is necessary to take all measures that promote the strengthening of its body.

The best means of strengthening the body is precise compliance with the established hygienic regime, T. E. Proper alternation of sleep and wakefulness, regular and full nutrition, widespread use of fresh air and sun, compliance with purity, appropriate age and child forces. Educational and workload.