What is a pertussus? What are the symptoms and complications of the disease? How to diagnose and pertussis treatment? How does the prevention of a cough? Answers to these questions you will find in the article.

Cocky is a dangerous infectious
respiratory disease that is called
Specific bacteria Bordetella Pertussis
(Copllow Wand, Bordean Geng State Wand)., Pathogen
-
Small, Ovoid, gram-negative wand,
Low-resistant in external environment. Entrance doors
infection
- Upper respiratory tract, where a pertussic vegetables
wand. Characterized by sharp casic respiratory
paths and attacks of spasmodic cough. Congenital
immunity due to maternal antibodies
develops. Probability of infection upon contact
is 90%. Very dangerous for children under 2 years.
Since before the appearance of a characteristic cough to distinguish
Cocal from other infections is hard, for one
weeks
infected manage to infect their surroundings.

Children's preschool children
Age.
The incubation period lasts from 7 to 14 days. Infection
happening airborne droplets. The patient is infected with S
one
up to 25 boutication. Duration of a contagious period
can be reduced by timely
Antibacterial therapy.

COALUSHEN ENDEMICH WORLD. In each
specific terrain disease acquires
Epidemic character with periodicity in 2-4 years.
About half of the cases fall on children up to 2 years.
The first disease usually does not leave natural
Immunity for life, but re-infection (if
she
takes place) proceeds easily and often not
Recognize.

The disease lasts about 6 weeks and
It is divided into 3 stages: Promotional (catarler),
Paroxysmal and recovery stage. 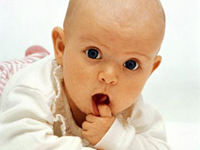 Starting from the third week begins
Paroxysmal period during which is observed
Typical spastic cough: a series of 5-15 rapid
cough jesters accompanied by short whistling
inhale. After several normal breaths can
New paroxysm begin. During paroxysms
A abundant amount of viscous mucous
vitreous sputum (usually breast and small children
her
swallow, but sometimes its separation is noted in the form
Big bubbles through nostrils). Characteristic vomit,
arising at the end of the attack or with vomit movements,
caused by the discharge of thick sputum. During an attack
cough face patient blushes or even blue; language
It turns out to failure, it is possible to trauma
bridles about the edge of the bottom of the cutters; Sometimes arise
Hemorrhage under the mucous membrane conjunction
eyes.

After an attack, the child is tired. In heavy
Cases worsen general condition.

The number of attacks increases on
Diseases. Some children have no attacks
frequent, others have up to 50 per day.

In infants is not typical
Attacks of Cockles. Instead, they have after several
cough jerks may come short-term
Stop breathing, which can be dangerous for
Life.

Depending on the frequency of cough
attacks and severity of other symptoms distinguish
Light, medigative and heavy focus.
There are also broken flutter forms under which
The spastic nature of cough is not expressed. This form
observed in children who received vaccine-philactics, and
W
Adults.

The recovery stage begins with
fourth week; paroxysms become not so
Frequent and heavy, less often end with vomiting, patient
It feels better and better looks. Average
Duration of the disease - about 7 weeks (from 3
weeks up to 3 months). Paroxysmal cough can
appear again for a few months; how
Rule, it provokes ORVI.

Dangerous is the defeat of the lungs
(bronchopneumonia), especially at heart age
(probability of 15%).

Also a serious complication is
Encephalopathy, non-inflammatory change of the head
brain, which due to the occurrence of convulsion can
lead to death or leave behind persistent
Damage, deafness or epileptic attacks.

In adult complications are rare.

Mortality is high in developing
countries.
In developed countries, the death rate from the cough and it
Complications reaches 0.04%.

Main method - excretion of the pathogen
(bacteriological method). For 1 week
Positive results manage to get 95%
Patients,
on 4 - only 50%.

Difficulties in recognition are found
mainly with erased form. Necessary
Differentiate from ORZ, bronchitis. Confirmation
The diagnosis is the release of a cough stick from
tracheobronchial secret; For retrospective
Diagnosis in later periods use
serological methods (agglutination reaction, RSK,
Rf).

Treatment of young children is carried out only
in hospital. Patients provide special conditions -
The Chamber must be well ventilated, the air should
to be
moistened with special humidifiers, air conditioning or
wet towels. Heavy sick infants
It is recommended to place in a darkened, quiet room and
As possible to bother, because the impact
external
stimuli can cause a heavy cough attack. For
Senior Children with Light Disease Forms Bed
No mode is required. Recommended patient stay
on the
Fresh air, outdoor children are practically not
cough. Serious attention should be paid
nutrition, food is recommended to give often, but small
portions. With a frequent strong vomit it is necessary to introduce
Fluids intravenously. For infants is vital
Salmon Sumps. Great importance for
Cocky, especially in young children, with
pronounced hypoxia phenomena has widespread use
Oxygen therapy (oxygen tent content).

Children of early age with severe and moderate
forms of illness or in the presence of complications are prescribed
Antibiotics: erythromycin of 5-10 mg / kg to receive 3-4
times
per day; ampicillin oral and in / m25-50 mg / (kg-day) in 4
reception, treatment course 8-10 days. Assign also
Tetracycline for 30-40 mg for 10-12
Days.
In severe cases, a combination of two
Antibiotics. In the early stages of the disease effective
Anticular Gamma Globulin (3-6 ml daily 3
day in a row).

Antitussive and sedatives
should be used carefully or not at all,
T.To. Efficiency of expectorant mixtures and drugs,
overwhelming cough, as well as light sedatives
Doubtful. Impacts should be avoided,
provoking
Cough (mustard pieces, banks).

While stopping the breath
Clear respiratory tract from mucus by sucking it
and carry out artificial ventilation of the lungs.

All children from 3 months have been held
Vaccination against cough, consisting of 3 injections
DCA vaccines with intervals of 1.5 months. Revaccination
do
1.5-2 years after the course of vaccination. Vaccination B
70-80% warns the disease or it proceeds into
Easy form.

The patient's isolation lasts 30 days from
The beginning of the disease. On children up to 7 years of age, former
in
contact with patients previously not pertered and
Unmumbed, quarantine is superimposed with a period of 14 days from
The moment of isolation of the patient. If insulation has not been carried out,
This period is lengthened to 25 days from the day.
Final disinfection is not produced. All children,
in contact with patients are subject to
Survey
For carrier.

Contact children under the age of 1 and
not
grafted administered to normal prevention
human
Immunoglobulin (anticorrosive) 3 ml 2 days in a row.