Non-surgical treatment of avascular necrosis of the femoral head (ANGBK)


During the last 15 years in China, due todevelopment and introduction of new technologies, Professor Huang Ketsin (KeQin Huang) is treating avascular necrosis of the femoral head, and other joint diseases degenerative nature of the non-surgical method. 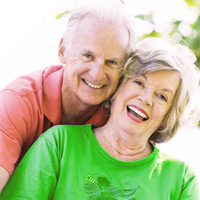 Quiet hip disease(ANGBK) - heavy degenerative bone disease due to disruption of the structure of bone tissue, the microcirculation and fatty degeneration of the bone marrow. Read more in the article "The treatment of degenerative diseases of the joints."

Treatment of avascular necrosis developed forthe femoral head is the most vulnerable and most difficult to treat. Treatment aseptic necrosis other locations (vertebral body, the head of the humerus bone Tarrano et al.), Is generally less difficult and the flow duration.

The treatment is extremely important ANGBK diagnosis and initiation of treatment in the early stages when the main clinical manifestations are only pain in the hip joints radiating to the groinunmotivated pain in the knee joints. When a patient is suffering from necrosis of the femoral head, according to objective and subjective reasons, delaying the start of treatment, this inevitably leads to a complication of the disease, and there is a collapse or hip stiffness in the femoral head.

Analysis of the structural and radiographic changes, as well as a detailed study of existing classifications ANGBK allowed to formulate a working chetyrёhstadiynuyu classification of the pathological process ANGBK:

Stage I - the microscopic changes in the structuresubchondral bone and osteonecrosis. Affected cancellous bone in the femoral head cartilage unmodified, and a zone of structural change is not more than 10%.

Stage II - Impression fracture. Femoral head surface has cracks of the "cracked shell." The load area of ​​trabeculae are cracked or irregularly shaped lesions mikrokollapsa. The zone of structural change is not more than 10-30%.

Stage III - fragmentation. Characterized by irregular contours of the femoral head, mild collapse, the emergence of a few pockets of seals or cystic degeneration. Changes interarticular space (contraction or expansion). The zone of structural change is not more than 30-50%.

Stage IV - the complete destruction of the head. Head shape is changed, portions of the collapse of irregular shape or collapse the entire head. The structure of trabecular dissolved or sealed, the strip fractures of irregular shape. Internal or external edge of the acetabulum ectopic undergo changes. Interarticular space narrowed or disappeared. There is a dislocation or subluxation. Zone Structural changes of 50-80%.

Clinical observations allow us to determinethe duration of each stage of the flow. It is for Stage I - 6 months, II stage - 6 months, III stage - 3-6 months, followed by transition to stage IV.

Non-surgical treatment - is a systemic,intensive multi-function, multi-component, isoenergetic, the length of time the impact on the body to restore the bone structure and function of the joint.

The main components of the non-surgical method of treatment:

According to the results of analysis of factors and peculiaritiesthe patient selected treatment and non-surgical treatment is carried out, aimed at the restoration of bone structure, improve the circulation of qi and blood, restoration of hip joint function and improve the quality of life of the patient. In the construction of the treatment program is estimated age, occupation, patient demand for joint function, the type of necrosis of the femoral head, hip fracture stage.

The main varieties of pathological changes of the femoral head to be a new method of treatment:

A new method of treatment of femoral head necrosisbone is based on the fundamental theory of traditional Chinese medicine combined with western classical medicine. In it used modern scientific technology, used new developments in osteology, trauma, biomechanics and related disciplines.

In specialized medical centersANGBK non-surgical treatment from September 2006 to October 2008 under the supervision there were 60 people. aged 3 to 70 years with varying degrees of avascular necrosis of the femoral head. At 6 people. (10%) had complete destruction of the femoral head or a pathological fracture of the femoral head (IV ANGBK stage). A 54 people. (90%) had less severe manifestations of the disease (II-III stage of disease).

The course of treatment was 3 months (2 proceduresdaily, total: 180 procedures). Methods of treatment provided in the outpatient and home. The total duration of treatment ranged from 1 to 2 years. It depended on the degree of destruction of the femoral head, the individual patient tolerability and therapeutic exercises. Most long-term treatment took 10 courses (30 months), and the shortest - 2 courses (6 months) on average - 15 months. Evaluation of treatment results was performed using ANOVA.

Every three months, was carried out comprehensiveexamination of the patient, which included plain radiography of both hip joints and laboratory assessment of endocrine status, mineral indicators, carbohydrate and fat metabolism. Every twelve months carried out static and dynamic scintigraphy of the femoral head and the skeleton and X-ray densitometry at L2-L4 program and hip.

Evaluation of the hip joint functions volume before treatment, as well as its degree of recovery during and after the treatment was carried out by the point system Harris'a.

The criteria for the effectiveness of treatment They were: increasing the load tolerated by patients; increase the volume of joint movement; the absence of pain; the possibility of self-service; no lameness. Excellent and good results were observed in 78% of patients, satisfactory - in 12%, there was no effect - 10% (2 patients in this group were held total hip replacement). It should be noted that all of the last six groups of patients were stage IV (complete destruction of the femoral head).

Analysis of the results of treatment of patients in groups withdifferent putative etiological factors of necrosis of the femoral head showed that the treatment effect was in particular due to the causes of the disease. The therapeutic effect in patients with dysplasia and consequences of injury was better than in the treatment of patients whose disease is caused by the use of hormonal drugs and alcohol abuse (p <0,05).

Positive results of complex therapyWe observed already after 1 month. Treatment: decreased the severity of pain, increased range of motion, improved overall well-being of patients. Given the fact that the treatment is designed for the long term (at least one year), great importance was the attitude of the patient to the recovery process (adherence), compliance with the established regime and the implementation of medical prescriptions and recommendations.

Thirteen-year practice of the treatment of asepticnecrosis of the new non-invasive method has shown that a full recovery of the femoral head usually does not occur (observed isolated cases of complete recovery of bone structure without head collapse in patients with central necrosis of the femoral head). However, in most cases, it is possible to achieve an acceptable outcome of the disease: prevention of lesions of the contralateral joint; reduction of destructive processes in the femoral head and secondary coxarthrosis; prevent vicious hip flexion setting in position and bring the excessive rotation; achieve the minimum limit range of motion in the hip joint; achieving synchronization of functioning of the thigh muscles.

Experience in the treatment of patients with aseptic necrosisvarious locations indicates that huge unaccounted mass of secondary necrosis occurs in the treatment of the underlying disease - hematologic, autoimmune, chronic infection, acute viral lesions - with the use of hormonal drugs, cytostatics. In the presence in this group of patients with clinical manifestations of the need to carry out a targeted inspection.