For some people in the mechanism of formation ofblood clot - thrombus fails. Then they talk about reduced blood clotting. When wound vessels flowing blood does not clot. This disease is called hemophilia. Even the removal of a tooth can cause fatal bleeding. 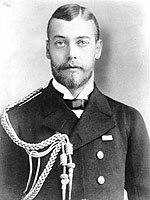 Hemophilia - a disease where the blood does notIt folds. The Bible says that the blood - a human soul ... Imagine a reduced clotting soul and you feel vaguely that hemophilia and especially hemophiliacs - not as easy as it may seem at first glance.

Hemophilia - not a disease but a way of life. Hemophilia - a philosophy. Hemophilia is called the royal disease, she suffered son Nicholas II, Prince Alexei. This disease prince completely changed the course of Russian history. And what can we say about ordinary mortals? If hemophilia is able to change the history of the whole of the Empire, we can assume it changes the fate of ordinary people.

Hemophilia - a hereditary disease. only men suffer. The sick gene can be passed on from generation to generation through the female line, and the woman is not sick. The patient's father sends his daughter hemophilia, in which there will be outward signs of illness. A daughter will give her to his son, who has hemophilia manifest fully. Very often there are spontaneous mutations and sick men in the family who did not have relatives suffering from this disease. It is very important to remember everything. Trouble walking side by side and can affect anyone.

One of the most difficult tests for relativessick child - a diagnosis. There have been cases where the diagnosis could not be put on for several months. The child is experiencing severe pain, and the doctors do not know the reason. Not many doctors in our country have a concept that is hemophilia.

Blood coagulation is a protective reactionorganism. Released from the vascular blood clots for 3 - 4 minutes. Here the blood from the liquid state into jelly. Formed clot occluding the damaged vessel and preventing the loss of a significant amount of blood.

In hemophilia are dangerous not only injured. Even a bruise, which in a healthy person will manifest itself in the worst case, a bruise, a patient with hemophilia can have serious consequences. Under the skin, in the skin, the muscles can be formed between the whole "lake" of blood. And if you hurt a knee, the blood can flow out into the joint cavity. Then - loss of mobility, severe pain. Such accumulation of blood - this is the place for breeding bacteria. A person with hemophilia live in constant anxiety for their future and to be very careful in everyday life.