In Russia there is a belief: "Ringing in the right ear - praise, in the left - scold." And if both of them? And still - curse or praise only be passed as soon as possible ... His experiences in dealing with permanent tinnitus is divided Muscovite, Sales of one of the trading firms Elena Chernova.

Eventually the noise bothered me so that II decided to see a doctor. "Yes, that's it - I said, when he banged a hammer on metal - this is the sound for several weeks, is in my ears." Then I was still unaware that the disease, the symptoms of which I have described, has long been a national.

The Latin name for the disease - tinnitus. And it suffers from one in ten. And two percent of the population of the noise hurts so much that they are unable to properly or rest or work. Generally speaking, anyone who knows what it is. Fortunately, the majority of tinnitus occurs sporadically and quickly. Therefore, do not take him seriously. My situation is a bit more complicated, so now I know something. And I want to share - maybe someone can gain for themselves something useful.


Do not hesitate to visit a doctor

For example, I learned that if tinnitusholds more than a day, you should seek medical help. Postponement for a long term visit to the doctor, alas, could mean the loss of the chance to ever get rid of it. This is the first. Second. Do not rush to share their problems with others - as a rule, complaints about noise in the ears are a little understanding. At best, they cause a compassionate smile. This is because you do not have a stomach ulcer, not myocardial infarction, or sports injury. Meanwhile, the tinnitus has become a typical phenomenon of our time.

Over a hundred reasons can lead to the loss of silence. The most common of them - the noise and stress. I also worked without rest, and my ears had to endure a lot. When there was noise, I was pulling time. And only a few weeks later, when he became unbearable, seek medical attention. But he said that I have to get used to it. Get used? I found his words an inappropriate joke. After all, live with constant tinnitus is simply impossible.

I went to the prestigious hospital - there somewhere toocertainly know how to help. They put me in the hospital, prescribed strict bed rest, began to make intravenous injections to improve blood flow. Tinnitus - a heart attack the organ of hearing, the doctors explained to me. As with the sharp drop in hearing impaired blood supply to the inner ear, the auditory field. Therefore, these two diseases are often combined.

Auditory field can be compared to wheat. A sound wave, like the wind, shake the hair receptor cells - "ears". Due to the lack of blood supply, or exposed to excessive sound "spikes" sometimes nadlamyvayutsya, touching the neighboring cells. This mechanical stimulation of our brain perceives as noise. In general, the theory I learned the ropes. I learned also that this disease often run. As doctors say, in the first ten days of constant noise chances for recovery look relatively good. Good results are obtained by the use of means to facilitate the circulation of the blood, and cortisone. But if the noise lasts 3-6 months, it is much more difficult to win.

I, too, medication did not help. And when I was finally discharged from a prestigious clinic, I felt like a hostage of his illness. Both ears were ringing. Loud noises are not only irritates. Over time, it oppresses, instills fear, disaccustoms smile. Whenever I fell asleep with difficulty and could not concentrate on anything.

It is often said that tinnitus affects thosewho has high excitability. My experience refutes it, and doctors too: their patients are usually mentally stable people. Irritability makes their disease. I was told about the miners visited the clinic, which, in fact, hard to ruffle. But tinnitus sometimes bring them to despair.

Realizing that it is not necessary to wait for help from doctors,I laid hopes on alternative medicine. Drainage of thoracic duct, massage feet reflex zones, acupuncture and homeopathy has emptied my purse. When another healer advised to bury the urine in the ears, and add it to tea, my patience is exhausted.


Life after: how to learn to live with tinnitus 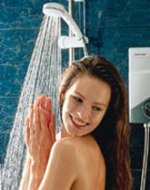 I said "enough" and - stop the fight. This solution worked like a magic word. Having ceased to think about recovery, I suddenly felt relieved. Became more visit the people resumed work. When I first noticed that for some time, completely forgot about the noise in the ears, then burst into tears of joy. It turns out that his illness and did not take into account.

At first I stuck to some, it would seem,strange habits. For example, often in thought I stood in front of an open faucet. Taking a shower, blissfully listening to how the water bubbles. The fact that the sound of water falling has a frequency which overlaps the tinnitus. By the way, this principle is based on the action of a specially designed hearing aid. But a much greater relief brought me focused workout relaxation.

Over time, learned to relax the muscles thatused to be out of my control. As explained to me, in people suffering from tinnitus, there is much tension that the muscle that holds the animal's ear in a standing position. A man she did not need. The ability to relieve tension in the ears and forehead allows multiple internal muffle noise. Eighteen months of experience have taught that at first I thought impossible: reconciled with tinnitus.

And no matter how strange it may seem, I diseasesomething gave. In search of lost silence, I was forced to listen to him and now I can better assess his condition. The reasons for my illness, as far as I know, have not been established. But there is something in our way of life is what makes us sick. That means we need to change habits.

It is necessary to move a little more to shootvoltage. Especially useful for swimming. water splash to the same - a balm for the ears. I quit smoking to improve vascular condition. At work I am now to give 100 per cent and not 150, as before. Finally I stopped a bond that did not give me strength, and take them away. Although the noise in my ears objectively not decreased, now I hear it only when I think about it. But it happens that it gets louder. This is a signal that something in my behavior wrong. I am a mistake, correct it - and calm returns.