It would be naive to hope that the situation will take a sudden andwill change for the better. Too many factors contributing to hearing loss or even deafness. But the main reason of which little is known, even though it accounts for most cases of hearing loss, as well as the occurrence of deafness - is the use of antibiotics


Planet stalls slowly. According to WHO, a violation of auditory function in one degree or another are marked more than 600 million people worldwide. In Russia, currently 5 percent (eight million people) of the total population have a particular lack of hearing. It sounds scary: one in twenty people can not hear or can not hear (!).

A new look at the old drugs 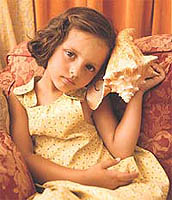 It would be naive to hope that the situation will take a sudden andwill change for the better. Too many factors contributing to hearing loss or even deafness. It is deteriorating every day environment, high levels of ambient noise, wear a fashion players, cut in the power of music to the speakers the music center. But the main reason of which little is known, even though it accounts for most cases of hearing loss, as well as the occurrence of deafness - is the use of antibiotics.

The most dangerous antibiotics, affectingthe auditory nerve, which causes permanent hearing loss often are inexpensive and highly effective antibiotics aminoglycoside series. It is amikacin, gentamicin, kanamycin, neomycin, netilmicin, paromomycin, streptomycin and tobramycin. They have for over 60 years are used throughout the world in the treatment of tuberculosis infections and many others, such as sepsis or pneumonia, and as an antibacterial prophylaxis of cystic fibrosis and other diseases.

When human life is at stake and the patientdies from the same sepsis, your doctor will prescribe antibiotics without hesitation. Danger of death outweighs the probabilistic damage - loss of hearing. In any case, unlikely to warn the doctor of the patient or his relatives about the possible consequences of treatment. The more that you can never predict how an antibiotic will affect each individual patient.
Someone there is complete deafness, someonehearing loss, but someone just got a little worse to hear. There is only one a clear pattern - the younger the age, the greater the effect. That is, the baby probably just oglohnet, preschooler will be very bad to hear, and the adult may not notice that the hearing became less acute.

But very often do not blame the doctor thatman became worse to hear. Hearing loss - this is a tribute which collects self. The habit of drinking antibiotics for the slightest cold causes that the hearing is reduced gradually, and the person does not see the relationship between habitual medicines and the fact that he became suddenly worse to hear. The problem appeared to write off anything - on the environment, or the music from the neighbors, but the real cause can ever conceive. It is only one morality - do not overuse antibiotics and do not let their children!

Experiments in rats and pigs 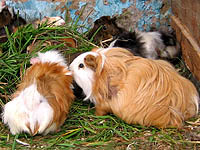 Well, what if antibiotics are of vitalnecessary, but at the same time become deaf after treatment do not want to? It turns out that all the antibiotics can be derived from the body within three months after the application. Then they will not be affected so much by ear. This is usually used activated carbon - beautiful sorbent absorbs on its surface toxins, bacteria, as well as drugs and heavy metal salts. Drink it takes three weeks for three tablets a day - morning, afternoon and evening. finely pulverized charcoal tablets, diluted in water, shaken and drunk. This method is quite old - it is used by more doctors from the sixties of the last century. Unfortunately, not all doctors are aware of it.

Of course, there are new for this perioddevelopment, designed to protect the patient from hearing loss. For example, American scientists successfully tried for the prevention of deafness with antibiotics prescribe aspirin. They studied 195 patients from China, which twice a day intravenously injected with gentamicin at a dose of 80 to 160 milligrams of a course of 5-7 days. And 89 patients were given antibiotics in conjunction with aspirin, while others suggested instead aspirin placebo (formulation containing neutral and therapeutic substances). A marked hearing loss was observed in 13% of patients who took placebo together with an antibiotic, and only 3% of the group treated with aspirin and gentamicin, which is 75% less.

The mechanism of the beneficial effects of aspirin on hearingUS researchers have linked to its antioxidant (directed against free radicals) effect. The fact that aminoglycosides can bind to a small portion of the iron in the body in a very specific manner. As a result, they form a complex iron-drug, which can generate free radicals. Free radicals - is a group of very aggressive compounds that can cause tissue damage, destroying vital components of cells and thereby disrupt the hearing. Based on this hypothesis, Michigan scientists have offered preventive treatment side effects from antibiotics. Their appointment should be accompanied by intake of medicines that neutralize harmful radicals (antioxidants), and iron chelators - compounds that "absorb" free iron in the body. In fact, the use of iron chelators gentamicin dramatically reduce ototoxicity in guinea pigs.

Antioxidant therapy with aspirinas the most affordable and cheap antioxidant has great potential for use in clinical practice, since only affects the ototoxicity of aminoglycoside antibiotics and no way to their antibacterial activity.

The most interesting thing that Aspirin itself refers toototoxic drugs. There is evidence that at high doses, it can lead to tinnitus and hearing to some reduction. However, it is believed, these effects are only temporary and hearing restored after discontinuation of aspirin.

Another interesting idea - even from Russia. The Research and Training Centre of human activity Problems scholars suggested the use of a biologically active blood serum for the treatment of hearing loss, which comprises all kinds of proteins, bioregulators that interact with nerve cells. If the hand is not human blood serum, that is suitable and chicken - they have the same mass of proteins.

Experiments with rats were positive -gray predators, which five days prior to the experiments poisoned streptomycin, as long as they are not deaf, began to hear better. After injection of hearing in deaf animals increased by 44%. Rats with normal hearing under the influence of a substance, though not gained the ability to hear the grass grow, but the worse their hearing did not, and security - the most important properties of the drug. But still, to clinical trials is still far away.

Do not forget about coal

In the meantime, a panacea for ototoxic antibiotic action is still there, it is worth remembering the simple rules the reception of antibiotics: