disease
by admin
Ask any mother what is most important and valuable inlife, and she immediately replied that it was the child's health. Sometimes parents have to deal with these childhood diseases, which they had not heard anything! Especially helpless mother feels when she thinks she can do nothing to help your baby.

Let's look at one of these diseases -breath-holding spell (BDA) in young children. This is manifested state (call it a disease is not entirely correct) the sudden cessation of breathing that occurs at the peak of inspiration after the toddler hit, suffered a sudden fright or went into hysterics. During the rolling of the baby turns blue or pale than constantly throws his family into a panic. 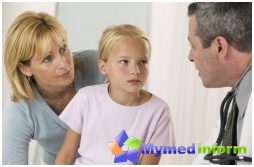 Doctors believe that the affective-respiratorysyndrome can be considered a prerequisite for the development of the early hysteria and fainting in the future. To understand what the ATM, pay attention to the meaning of the words in its title. Affect called strong emotions, not subject to human control, and the term "respiratory" is used to refer to anything that is related to the respiratory system. It turns out the ATM - is a condition where in the soil of a strong emotional arousal in the child disturbed breathing process.

In most cases, seizures occur inexcitable, capricious and spoiled brats. For the first time this happens in a period of 6 months to 1 year, like breath can be stored up to 4 - 6 years.

What is the ATM in a crying baby 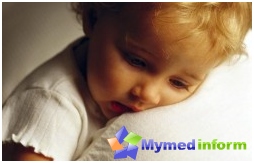 Sometimes a breath-holding spellaccompanied by convulsions. Why is this happening? If the baby breathing got lost during an attack by more than 60 sec., He loses consciousness. In clinical practice, this condition is known as atopic non-epileptic seizures. There he is as a result of oxygen starvation of the brain due to breathing stop and has a protective function. When a person is unconscious, the brain uses much less oxygen than normal.

Atonic state further transformed intotonic. All of the body's muscles tighten strongly: the child is drawn or curved arc. If the brain is experiencing strong enough hypoxia, convulsions. It is manifested twitching limbs and the entire body as a whole. At the same time, on the grounds of lack of breath in the body builds up carbon dioxide, by which reflexively relax spastic muscles guttural - a child turns out to breathe and regain consciousness. After the seizure of ATM baby sleeps soundly asleep and at least 1.5-2 hours.

Although doctors say that such attacks do notcarry the danger to human life, the parents, who saw a spasm reduces the body of their child, not the better for it. To make sure that the baby is all right, we need to consult a competent specialist - a neurologist: sometimes based on such seizures are nervous system diseases. In rare cases, children who have experienced such attacks, epileptic seizures etiology may appear in the future.

How to behave parents 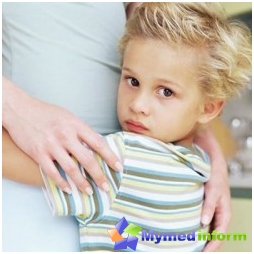 Talking about the affective-respiratory syndrome,It underlines our site - roots of the problem are of a very specific nature and causes of this pathological condition to be sought not in the baby, and the environment in which it grows and develops. The main mission is to combat the PRA assigned without doctors, and the parents of the victim.

The researchers found during research thatparents, 25-27% children suffering from an ATM in the past were the same attacks. But this does not indicate that the attacks are inherited. More appropriate in this case, just to talk about education in the family tradition, where two generations - parents and children - have suffered at one time the same problem. Doctors agree that the main factor causing the beginnings of children's hysteria as the ATM, can be considered a conflict of parents, stressful situations for the child in the family, his excessive parental care.

Breath-holding spell is basically a neurotic disorder, so the priority to be given to parents should be unobtrusive correction of psychological perception of the world baby.

When, unfortunately, we have witnessed in ATMyour child, immediately think about how you build a relationship with your child. Perhaps you too took care of him, trying to protect from even minor ills of life, or too spoil, nothing refusing him? Especially need to see a psychologist, if the family is no understanding between the spouses.

Of great importance for the development of a strong childthe mind is the correct mode of the day, based on a balanced physical and mental stress. Keep an eye on the baby during the day - so you can predict and prevent the development of the ATM. For example, a hungry and tired child is acting up more than one, which fed and put to bed on time. And the rest: fees to kindergarten, going to visit or to shop - it should deliver the baby smallest discomfort.

Be sure to talk to the little man on itfeelings. In some cases of hysteria appear and continue to be repeated with enviable regularity because the child can not cope with their feelings and to stop in time. Help capricious understand that all his emotions - anger, frustration, resentment - of course, and somehow you can cope with them. Be sure to teach the child the art of compromise, which is not just to help him in the future.

In severe attacks of breath-holding doctor may prescribe a course of treatment your child with neuroprotective and sedatives (Pantogam, glycine, Pantokaltsina) for a period of 1.5-2 months.

However, if the mother can not keep off the baby to the dangerous brink, beyond which the whims and tantrums, no medical treatment is possible to do.